Coachella Lineup Announced | What Does It Mean for Bonnaroo?

As many of you probably already heard, popular west coast festival Coachella finally revealed their much-anticipated lineup last Friday. Just like last year, the festival will take place with an identical lineup over two weekends, April 12-14 and April 19-21, in Indio, CA. You can check out the lineup poster below, including Nashville favorites JEFF the Brotherhood and Mona: 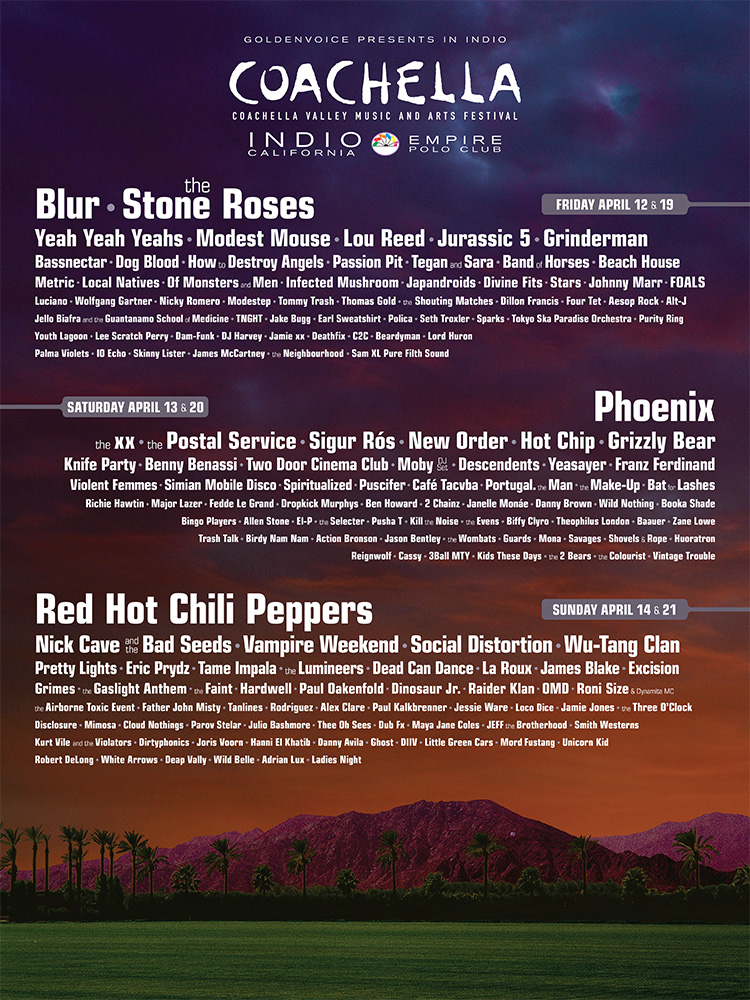 As exciting as Coachella is (although this year I’m way more interested in their smaller to mid-sized bands than headliners), the fact of the matter is that it’s a long trek and most of us in Nashville won’t be making it. So, the real question is: What does Coachella’s announcement mean for Bonnaroo?

With a ‘Roo announcement right around the corner, we’ve got some last minute guesses, speculations, and updates based on Coachella’s lineup:

Coachella’s lineup is by no means disappointing, but it certainly lacks the flair and surprise of recent years. Though the two festivals are distinctly different in origins and focus, both Bonnaroo and Coachella and become increasingly more similar with each year. Could 2013 be the first time Bonnaroo will be able to inarguably “out-cool” Coachella with their lineup? What surprises do you think Bonnaroo has up their sleeve?

Don’t forget to check out our full 2013 Bonnaroo Lineup Rumors post, where we speculate on even more artists that might be showing up in Manchester this summer!