Well, so much for the Roo Clues getting easier. Bonnaroo stumped us once before, with Roo Clue #3, but the latest, Roo Clue #12, might just be the toughest one yet!

It’s a Thursday clue, so it came in three parts: Radio Bonnaroo, the Bonnaroo App, and this video, filmed at The Oliver Hotel in Knoxville:

Here’s the full clue (and, for once, they have apparently broken the haiku format):

Pavement Sticks to Feet,
At Front of Hotel,
Mixed from a Blue Book.

There are obvious guesses that stem from specific words in that clue: Pavement (way too literal), The Eagles (hotel mention – no way, that’s lazy), Neutral Milk Hotel/Jeff Mangum (maaaaybe), and stuff that comes from surface imagery like Hot Hot Heat or Hot Chip (pavement sticks to feet) or R. Kelly (Kelley Blue Book). Of those quick ideas, R. Kelly and Jeff Mangum seem the most plausible, but don’t very well fit the rest of the clue. I’m still not 100% sold on the answer, so I’ll provide my reasoning for my top guesses and I encourage you to weigh in with your opinion (or more evidence to back either of my choices)! The video this week has a more specific imagery than normal- it points out the name of the hotel, features a guy in a panda hood and a guy in a gorilla suit, and focuses on a Diamond Dallas Page doll. Any or all of these details could prove significant. 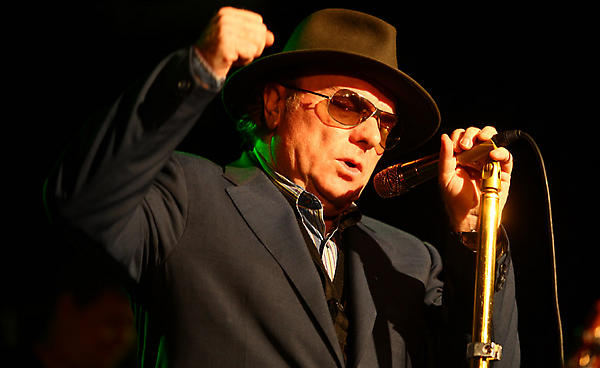 Here are my top two guesses:

Though more evidence points to Machine Gun Kelly than Van Morrison, he still doesn’t feel like a perfect fit (plus the Tupleo Honey fact is the strongest  of any of my rationale). The main hangup is MGK doesn’t make a ton of sense for Bonnaroo- we’ve already had a few rappers hinted who fit the lineup more appropriately,  and Kelly would just be an oddball choice. Bonnaroo’s not shy about booking rappers, and he’s popular, they just tend to go with hip hop artists with broader critical appeal. He’s not impossible (nor is Van Morrison), but I just can’t help but feel a better answer to this clue is out there. Let me know if the comments if you have one!