Alright Bonnaroo, you finally might have stumped me. I’m positive Clue #1 is Japandroids. I’m pretty sure Clue #2 is Animal Collective. Clue #3, released yesterday, however, has me a bit stumped. If this was The Hobbit, Gollum would be allowed to eat me now (shoutout to my nerds!). (UPDATE: Andrew has a guess that just might be the answer! I’ve added it below)

Here’s the latest haiku (hai-clue?), which was taped to a tree in an Iowa cemetery (Bonnaroo, you’re weird): 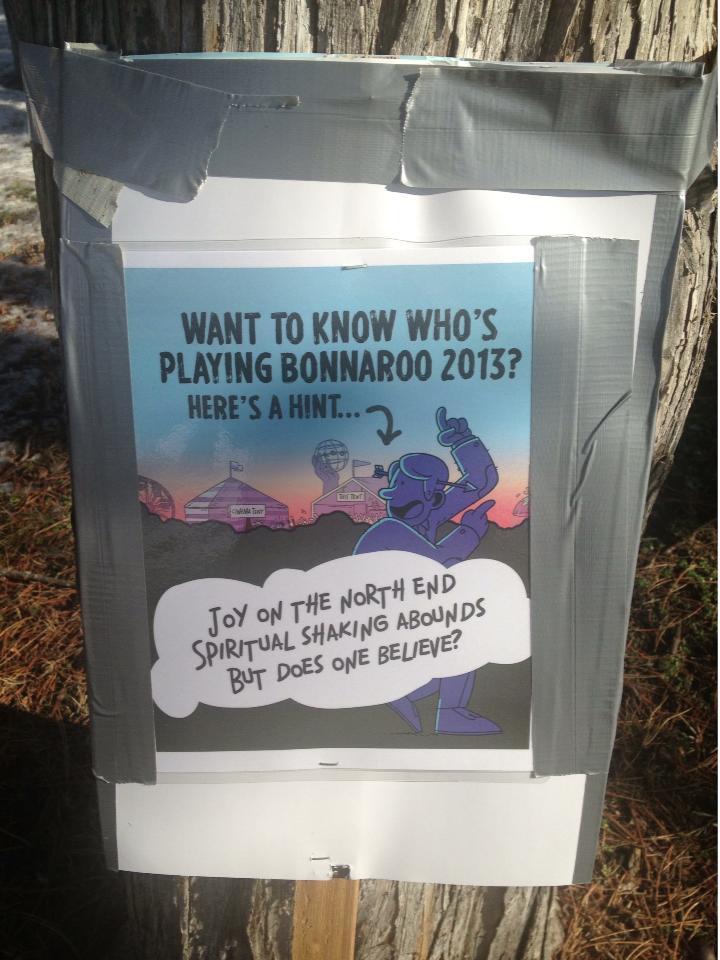 Here are the first few bands that come to mind, but I’m not completely sold on any of them yet:

If I was forced to make a bet, my money would be on Sleigh Bells this time, but I’m much less sure than I was for the first two. Regardless, I’d love to see Sleigh Bells play ‘Roo this year, so let’s just go with them for now.

I’m sure I’ll have an “aha!” moment and shoot awake in the middle of the night, realizing the the all-too-obvious piece I’m missing, but, for now, I’m stumped. I’ll be sure to update if I figure it out! What’s YOUR guess?

UPDATE: Our own Andrew has a different theory, and I think he just might be on to something:

I think Andrew’s guess is the strongest one we’ve got so far! It’s also been a couple of years since the band has been active, so the timing feels right! So, what do you think? Will the Pixies be making their ‘roo debut?

As always, keep checking our official Bonnaroo 2013 Lineup Rumors post, updated frequently with all of the latest news!