Indie rockers Vampire Weekend reveled a few weeks ago that their highly-anticipated third album is set to finally drop May 7, but, at the time, provided no further information. Earlier this week, the band finally announced the title, Modern Vampires of the City, via a classified ad in the New York Times (kind of a quaint and fun reveal in the age of new media, huh?). Here’s the ad:

The band has further confirmed album plans by revealing cover art, the track-listing, and preorder details (all of which you can find at the bottom of the page). Additionally, Vampire Weekend announced their first run of tour dates in support. Check them out below:

So, once again, this news begs the question- what about Bonnaroo? Clearly, the band will be announcing many more tour dates. The current route barely hits the west coast and includes just a few midwest dates. The band is sure to beef up this route, and expand it to hit the east coast (and probably more of Europe- those two single shows look lonely). With a current stop date of May 23, three weeks before Bonnaroo, and east the only direction they could subsequently head, I’d say there’s a really good bet that we’ll see them on the bill. We previously called Vampire Weekend a strong contendor in our Coachella to Bonnaroo post, and this news makes them seem more like a shoe-in. What do you think, are you excited about the possibility of Vampire Weekend returning to ‘Roo? Are you eager to finally hear Modern Vampires of the City?

Check out the cover art and track-listing for ‘Modern Vampires of the City’ below: 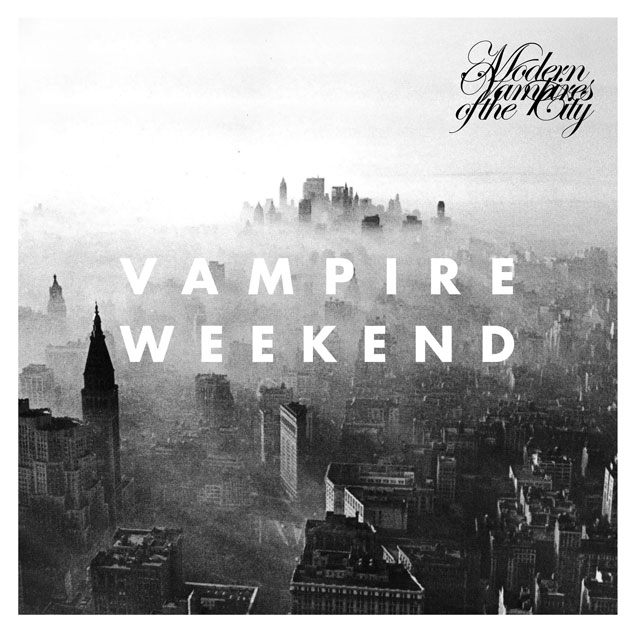