Back in our 2013 Bonnaroo Lineup Rumors speculation post, we examined the possibility of seeing Nine Inch Nails or, equally likely, Trent Reznor’s new project How to Destroy Angels on the bill. We now know that didn’t happen, but HTDA did end up on the Coachella lineup and Reznor had been hinting at another big announcement this year. That announcement finally came to fruition in a major way today: earlier this morning, Reznor announced the return of NINE INCH NAILS, which will include a U.S. arena tour in the fall and a world tour in 2014. New music has also been announced, though no specific details or release date have been provided. 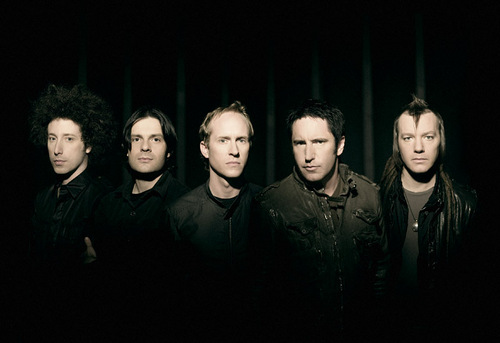 Even more exciting is the fact that Billboard is reporting a Nine Inch Nails appearance at Lollapalooza. This makes sense, given the band’s history with the festival (2008’s Lolla marked one of their final festival appearances), but has yet to be officially announced. Though the odds seem unlikely, Bonnaroo still has a few artists TBA and NIN have expressed plans to tour throughout the summer, so we’re still keeping our fingers crossed for a last-minute add-on. Either way, it sounds like the band will make their way to Nashville sooner or later.

Read the full note from Trent, via Pitchfork, below:

I was working with Adrian Belew on some musical ideas, which led to some discussion on performing, which led to some beard-scratching, which (many steps later) led to the decision to re-think the idea of what Nine Inch Nails could be, and the idea of playing a show. Calls were made to some friends, lots of new ideas were discussed, and a show was booked – which led to another, which somehow led to a lot of shows.

The band is reinventing itself from scratch and will be comprised of Eric Avery, Adrian Belew, Alessandro Cortini, Josh Eustis, Ilan Rubin, and me. The first shows will begin this summer, followed by a full-on arena tour of the US this fall, and lots of other dates worldwide to follow through 2014.

Lots of details and dates to come. See you soon.

Nine Inch Nails first announced their intention to go on hiatus in early 2009, then played their last live show later that year. Since then, Reznor has assisted Atticus Ross in scoring two David Fincher films. Reznor’s latest project, How to Destroy Angels, features Ross as well as Reznor’s wife Mariqueen Maandig. The group’s debut full-length, Welcome Oblivion, is set to drop March 5th. It’s unclear how the return of NIN will affect HTDA, but the group will presumably be dialing back their performances post-Coachella (unless, of course, they end up touring with Nine Inch Nails).

Bonnaroo Band of the Day: Bombino