To make sure you’re familiar with the great lineup we’ve put together, we wanted to bring you some artist previews leading up to the show. We’ve already rundown synthpoppers El El, rockers Tesla Rossa, the soulful Kate Tucker & The Sons Of Sweden, garage rockers Thelma & The Sleaze, bubbly pop outfit Sherbert and 90s alternative flavored Pretty Ugly, blues-rockers All Them Witches, and genre-defying duo Cotton Wine.  No we’d like to tell you a little about about local up and comers Heidi Feek and Austin Manuel. Read on after the jump to get hip. 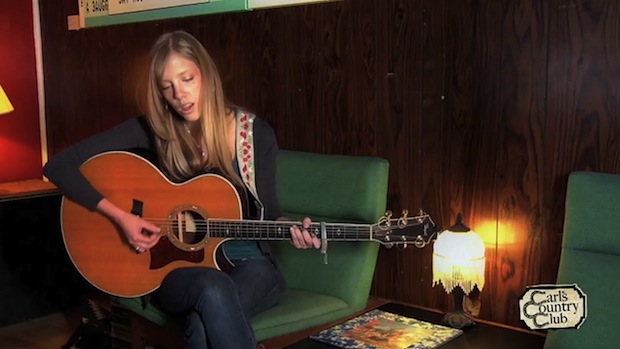 Local sultry Americana singer song-writer Heidi Feek has Nashville in her blood. She was born and raised in Music City with musicians for parents, the duet country singers Joey + Rory. She IS the scene incarnate and her latest release The Only is equal parts Patsy Cline and Neko Case with a dash of Billie Holiday. Also local, fresh-faced Austin Manuel has a sweet peaceful voice that reminds us of a younger, more polished Ryan Adams. Rumor has it Heidi and Austin will harmonize an amazing rendition of “Baby It’s Cold Outside” so don’t miss it!