It’s pre-Bonnaroo weekend here in Nashville, and we have a lot of non CMA Fest stuff hype going on around town for you to enjoy.  We have a lot of blog favorites and a de-facto local Bonnaroo warm up party going on in town this weekend.  Your weekend music planner is right after the jump.

The Bonnaroo warm up weekend begins with the first Road To Bonnaroo winner, Alanna Royale. She’s headlining the Basement along with local and blog faves Kansas Bible Company, All Them Witches, and Golden Spurs. This is a show packed with blog favorites. The crowd is sure to be packed, and good times will begin over at The Basement at 9pm for only $7. You’ve already heard plenty of Alanna Royale on Lightning 100 (and here), so let us leave you with media from all the others below.

Jessika thinks a perfect start to your weekend would be catching recent Native Magazine featured artist, James Wallace and The Naked Light at The Stone Fox. Jess was totally won over by the Star Trek inspired photos that accompanied the interview and had a blast when she was first introduced to the band playing late last year at the High Watt. Often likened to (a perhaps trippy-er) Paul Simon, you never know who might be special guesting with the band and what unusual apparatus might be incorporated to take the whole performance to truly unique space and time. This is a band you want to experience live and the Stone Fox is a great place to experience the thrill of immediacy with a great live act. Show starts around 9, is only for the growns (18+), $7 cover. Asheville band, Floating Action, and local bow, Daniel Frazier, are also on the bill. More details here.

There’s a great show happening at Exit/In, and Philip think that’s the place you should be. Nashville alt-rockers Forget Cassettes have gone through a few transformations over the past few years, but they’re better now than they’ve ever been! Their dense, ambient, sample-laden sound has a truly intense rock and roll undertone. They’re haunting, emotional, and a lot of fun- a band you don’t want to miss! Supporting act DAMS are a relatively new project, but one made up of incredibly seasoned musicians. Their high velocity, neo-soul style is sure to please. We’ve talked quite a bit about local synth-infused post-pop act Hanzelle, and they’re consistently one of our favorite live acts to catch. With a thoroughly unique and modern sound, they add a splash of diversity to the lineup. Finally, FIELDED, a dark, atmospherically poppy singer who is also a member of Skyblazer, is set to open the show, performing tunes from her upcoming new album. Things get started at 9PM (doors at 8) can you can snag tickets for this stellar lineup for a very reasonable $10 here.

After you finish up with another afternoon packed with Musicians Corners and East Side Hootenannys, you should get over to Grimeys for a vinyl release in-store party with Joy Of Painting. You heard their new record when we premiered it a few weeks ago. You get a chance to hang with the slaptastic fellas first hand for free at 5pm on Saturday. Per Grimeys usual, there will be free beerfreshments for those of age. Have a listen to the summer inspired track, “Dontchu Wanna” below to get you in the spirit.

You’ve probably noticed us raving about Brotherun lately. The Radiohead-esque rockers recently moved to Nashville, and have just begun playing out. If you missed their opening spot at the The Basement earlier this week, you have another chance to catch them, this time headlining, at The End. Also on the bill, Phoenix-based The Technicolors are a rock and roll force to be reckoned with. We’re talking real rock and roll, channeling the spirit and energy of retro rockers but funneling in into an accessible and thoroughly modern sound. Check them in the video below. Opening things up, our very own contributor Lauren is performing with her band Lauren Strange & The Pretty Killers. The alt-rock trio fuse some the of raddest, straight up rock and roll with pop sensibilities and raw energy. You don’t want to miss ’em! Things get started at 9PM and tickets are still available here.

If you are down in the Franklin area with a little extra coin to spare, we would highly recommend swinging through to check out Patterson Hood & The Mystic Ramblers. This one is going to be chock full of guest appearances and an awesome ensemble, including the likes of T. Hardy Morris from Dead Confederate who is still milling about town after he took over last weekend. The Drive By Truckers founder is touring in support of his solo release, Heat Lightning Rumbles In The Distance, which you can still stream over at Rolling Stone. Trivia note: Drive By Truckers ran under the moniker Horsepussy for a little while (I shit you not).

If you’re in the mood for some experimental/psychedelic rock, check out Springwater Supper Club (aka the dive bar the Black Keys filmed a music video at last year) for Brooklyn shoe-gazers Shana Falana, Nashville psych duo Ttotals, & local synth-rockers NUDITY. 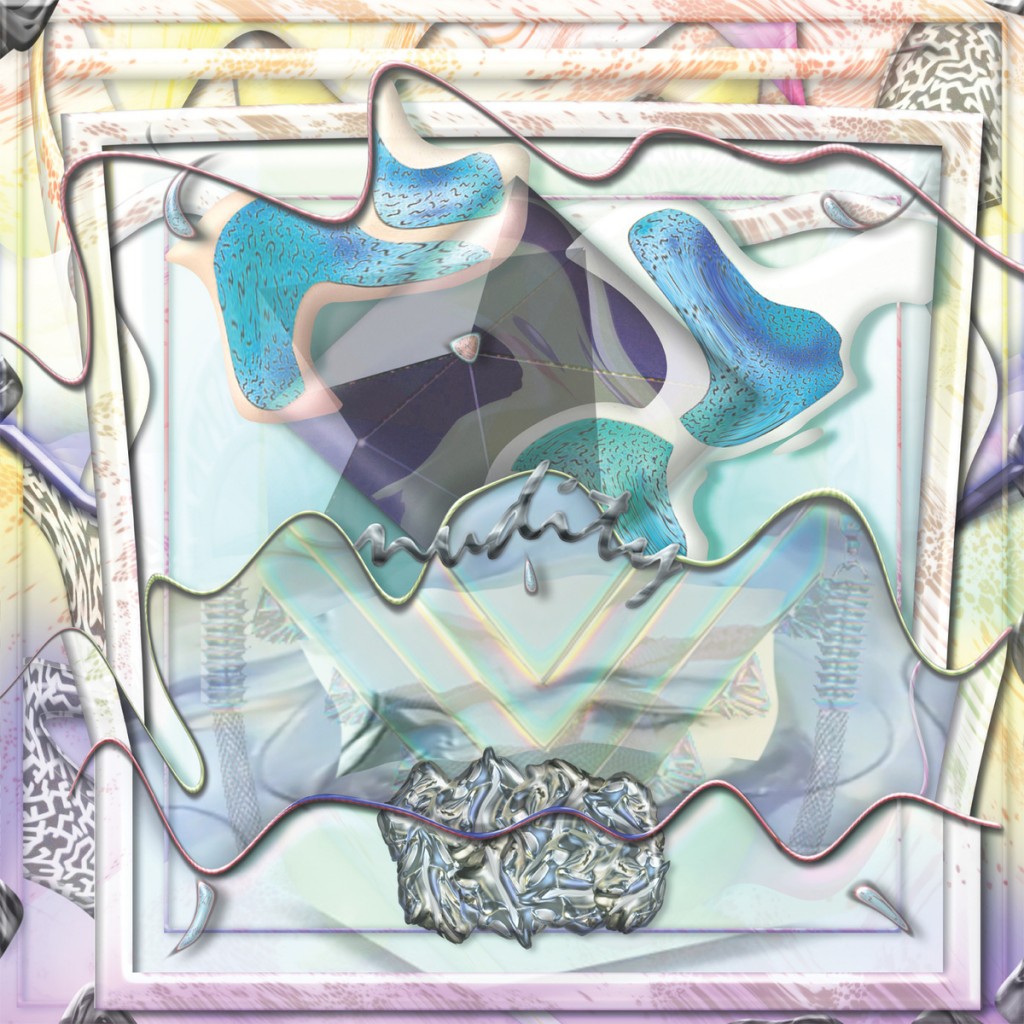 Ttotals are a Nashville duo fresh back from Austin Psych Fest. You can check out their tunes here on Bandcamp.

We’re in love with Nudity’s electro/garage rock and with the vinyl 7” they released this past March for Record Store Day 2013. You can stream their “SUPERNATTY 7””  below and buy their songs on Bandcamp here.

Showtime is 9pm & you can RSVP via Facebook here. 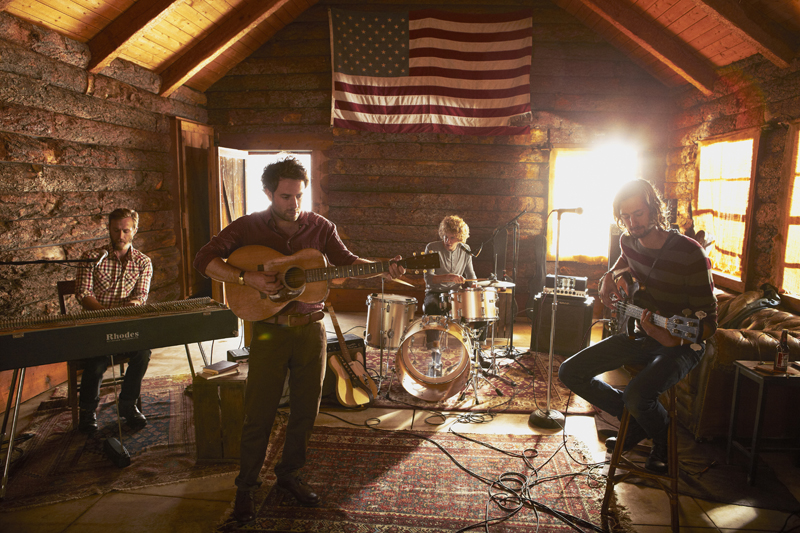 Roots-rockers Dawes return to Nashville this Sunday with a show at the historic Ryman auditorium in support of their new album Stories Don’t End. Showtime is 7:30pm and tickets are sold out, but there are actually quite a few tickets available for decent prices on Craigslist or Stubhub. (Be careful, of course.)

Shovels and Rope will make their performance debut at the Ryman as openers for the show. Check out the session they did for Third Man Records back in April below.

You can also click here for a chance to win a limited edition Hatch Show Print for the show courtesy of the Ryman. Winner will be announced the day of the show around 5:30pm.

Check out Dawes lyric video for “From a Window Seat” here.

Philip has been raving about Aussie rockers Atlas Genius in our Music on TV feature over the past several months- apparently they’ve become a late night fixture. Their infectiously catchy blend of indie rock was bound to draw attention sooner or later, and it seems to have been sooner, since this one is, unfortunately  sold out (Sunday’s turning into a bummer, huh?). If you were lucky enough to snag tickets, you’re in for a great show. If not, this is one we highly recommend scouring online to score second hand tickets for. Check out the band’s breakthrough track, “Trojans,” below. Joining them on the bill is Pacific Air.