If you recognize where their band name came from (Led Zeppelin’s “Stairway to Heaven”), then you’ve already figured out Bustle in Your Hedgerow‘s thing: they’re a Zeppelin tribute band. Not just any Zeppelin tribute band, mind you, but one comprised of four very talented and seasoned jam band musicians, and one that performs somewhat infrequently. Though the group has never played Bonnaroo, its members are no strangers to the fest. A late add-on, they’re sure to add a bit of variety to the bill, and to please the old school rock fans and long-time Roovians alike, with their faithful renditions of the classic tunes. 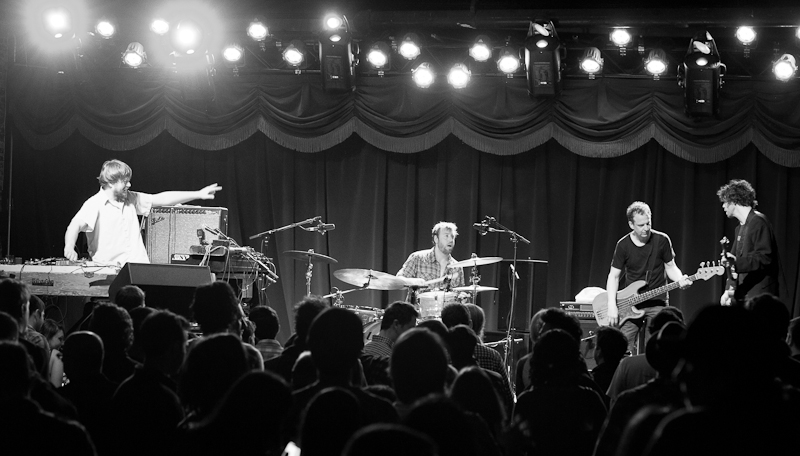 Made up of Marco Benevento, Joe Russo , Dave Dreiwitz, and Scott Metzger, the Brooklyn foursome channel all of the intensity and complex musicality of Zeppelin, without the distraction of trying to impersonate them like so many long-running tribute bands. It’s not about Zeppelin per se, but about the power and importance of the music itself. And Bustle in Your Hedgerow are more than qualified to do it justice!

More from Bustle in Your Hedgerow | MySpace