It was last winter that we premiered The Joy Of Painting’s, Asterisk, and here we are 15 months later with a new release.  We already shared the first single, “Dontchu Wanna,” with you a couple of weeks ago.  The long EP / short LP, 7 song, 20 minute release, Tender Age, officially drops next Tuesday, May 21st, but the Nashville boys want you to have a listen a week early. 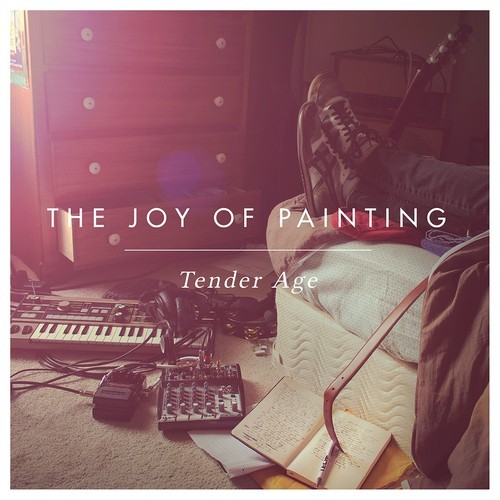 You can stream Tender Age after the jump, and check out our quick track by track review of the new record.  If you like what you hear, you can catch these fellas for a Grimeys in-store on June 8th, and I’m sure there will be quite a few more shows post haste to support this release.

Upon first listen, you’ll definitely be immediately hooked by the licks reminiscent of The Strokes with a splash of The Kooks on the opening track “High Definition“.  The pop hooks are in full force on the infectious, anthemic, stuck-in-your-head, summer-jam, “Dontchu Wanna“.  The album takes a turn with the third track which was reportedly written as an ode to How I Met Your Mother, and you can even hear their nod to the HIMYM theme song by The Solids in “Back To Romance“.  As the needles slides into “Ghost“, you experience an oddly placed folk-inspired ballad about lost love.  The track “I’m Reelin’” seems to fit perfectly at this point in the record with a feeling of a, dare I say, Rick Springfield inspired new love.  The track “Good Mood” is another take of the same song from their 2012 EP Lighten Up, and seems almost like the final uplift after “Ghost” makes you rethink that dumb ex girlfriend/boyfriend you had.  The closing track, “I Didn’t Think” leaves plenty of time to think about the next time you are going to see The Joy of Painting…

All in all, this record has some true high points, and is definitely worth a listen. Music is subjective though, so don’t listen to what it did to me. Form your own opinion below.