Unless you’ve been hiding under a rock for the past week, you know that we’re teaming up with Third Shift Lager and some of our pals Electric Western Records, Elevent Productions, and East Nashville Underground for a one-night, two-stage, ten-band bill celebrating the diversity of Nashville’s independent music scene, and to send off the bands that have been selected to represent Nashville at South By Southwest 2013. The show is March 2nd, admission is totally free, and there will be a free beer sampling provided by Third Shift. In the two weeks leading up to the show, we’ve committed to spotlighting a different artist on the bill each day. This week you’ve gotten to know retro-rockers The JAG, Americana-fueled The Howlin’ Brothers,  the laid back rock stylings of Los Colognes, and the bluesy gritty soul of Luella & The Sun.  We close week one out with a friend, co-promoter, and one talented ass musician Jacob Jones.

Jacob is the founder of record label and production company Electric Western.  Those of you that live on the East Side may know Jacob best for his the-weekend-isn’t-over-yet, “Keep On Movin!” party that has called The 5 Spot home on Monday nights for almost five years now.  Those of you that are fans of this blog, or listen to Lightning 100, may know Jacob from his most recent record release Good Timin’ In Waynetown. 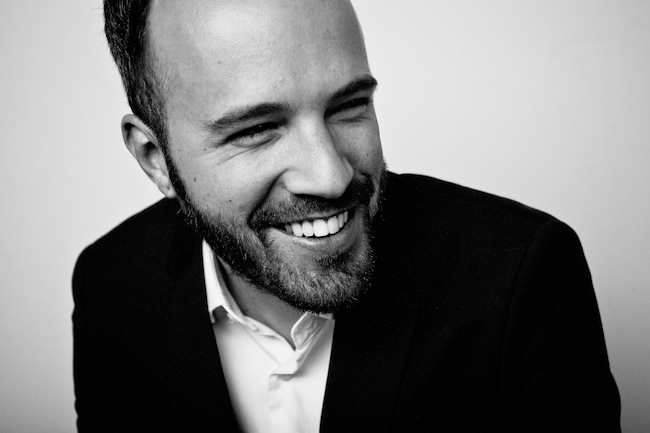 There is much more to Jacob than a Nashville musician and party promoter though.  So, we sat down with the Indiana-born, Atlanta-raised, long time Nashville resident to get to know a little bit more about what makes Jacob Jones who he is.

NC: What brought you to Nashville?

JJ: I left Atlanta after school, and headed up to New York.  There was a strong southern music scene brewing in New York.  People were eating up the alt-country scene, and it felt like home.  When I was ready to move on from New York, heading home to Atlanta seemed like a return to the partying days of high school, so Nashville seemed like a logical fit for me.

NC: Most of us know either Jacob the musician or Jacob the promoter, how do those two worlds coexist?

JJ: I’ve been a musician for years, and I’ve had several incantations of what I wanted my music to sound like.  I spent several years with Danger Bear, where we probably drank more than we practiced, before heading out on my own.  It took me a little while to find my sound, but I finally found some happiness in my second recording Bound For Glory which released in 2009.  During this time, the “Keep On Movin!” parties really started to take off.  It was an interesting study into what works to keep people moving with the genres of music that I like to play.  In the years following, Good Timin’ In Waynetown was born.

NC: Good Timin’ In Waynetown is clearly influenced through traditional blues and country progressions, but there is something very upbeat and reminiscent of the early days of Rock n’ Roll in your record.  Was that a result of the “Keep On Movin!” experiment?

JJ: Definitely!  Bound For Glory was a soul searching pseudo-autobiographical experience for me.  It was something that I needed to do for me, but it wasn’t something that I felt necessarily connected with the people that I saw loving music and the party every Monday night.  Good Timin’ In Waynetown has that vibe that I wanted to harness.  I was tired of being a singer-songwriter, it was time to play some of the rock ‘n roll that got the party going.

NC: What makes Nashville so special to you?

JJ: It’s the unassuming talent that is so prevalent in Nashville.  Waynetown was mostly recorded at LOUD Studios by Jake Burns.  I needed a fiddle part for one of the tracks, and joked about how great it would be to get Stuart Duncan, who is widely accepted as one of the best fiddle players in the world and plays with a variety of bad asses.  A couple of phone calls were made, and a couple of hours later Stuart was there.  It was a great Nashville moment to see this guy I knew from the stage walk into the studio to play on my song….. crazy.

NC: I heard that you won an award for living in an RV at one point.  What is the story behind that?

JJ: I had already lived in Nashville for 2 years.  My girlfriend (now wife) Molly and I decided to go on an adventure.  So when I finished Bound For Glory, we bought an RV off eBay, packed up our houses, and quit our jobs.  I booked a 3 month tour from Nashville to California and back.  It was amazing and beautiful.  We visited national parks and played music on the road for an entire fall.  BUT… the engine gave out in California where we were stranded for a month and had to spend every dime to replace it.  By the time we got home, we were so broke we had to live in it for 5 months, parked on the side of Gallatin Road in the backyard of what is now The Groove.  The RV actually led to us winning a free apartment for 9 months in Cool Springs oddly enough.  There was a video contest on why you deserve free rent, and we got second place.  You should watch the 3 minute video, it’s pretty funny.

NC: That’s not your typical struggling Nashville Musician story, but, speaking of the RV, do you want to rent it to No Country to take to Bonnaroo?

JJ: I sold that fucker years ago, thank god.

NC: So much for romantic nostalgia, I guess.  So, back to this upcoming SXSW Sendoff Party, who are you most excited to check out that night?

JJ: Patrick Sweany probably.  That guy delivers every time, and I can’t believe he isn’t stupid famous yet.  He is the real deal.

NC: Who is not playing that deserves to be on the bill, or who are you currently digging on in the Nashville scene that could be on the bill for this event next year?

JJ: Joshua Black Wilkins is one of many that come to mind.

NC: What’s next for you?

JJ: Right now we are just planing tour dates for this record in the south and northeast.  We will be releasing some singles later in the year for sure.  The next HUSTLE is on Saturday March 8th at Cannery, and you can always catch me on Monday nights at The 5 Spot for KEEP ON MOVIN! or Thursday nights at Green Room in midtown for SWAY.

Jacob is playing with his full band in the middle of the line up on The High Watt stage on Saturday, March 2nd.  You can check out Good Timin’ In Waynetown below.  You can follow the man on Twitter and Facebook, and he’s even got one of those websites for ya.  If you haven’t already, click on the Facebook page or click on the poster below for more information about this free show.