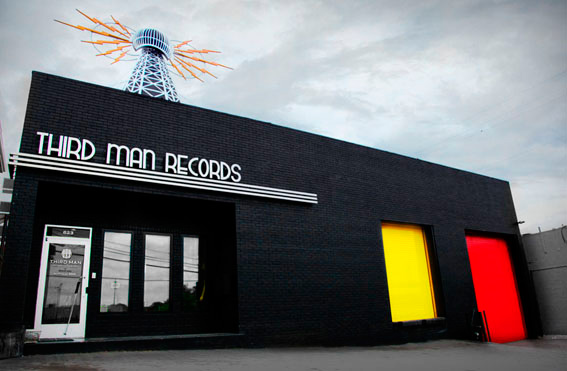 Nashville’s Third Man Records has confirmed their involvement in handling the vinyl release of Jay-Z‘s brand new album, Magna Carta… Holy Grail. Check out a statement from label, below:

While the album was released in standard formats this week, Third Man has something very special planned for the vinyl edition which will be made available for purchase in the coming weeks.

Additionally, we can confirm the song “Open Letter” will be featured as a vinyl exclusive, but stay tuned here for more info coming soon.”

Despite Third Man’s secrecy, it appears that HOV already let the cat out of the bag when he revealed yesterday, in an interview with New York’s HOT97, that the label’s special plans would include releasing “Open Letter” as an actual, “playable letter.” Jay described it as a card that could be played like a vinyl record, and alluded to a demo video, which we assume is forthcoming. Check out a video of the interview, and skip to around the 1:00 mark for Third Man details.

As you may recall, Jay-Z released “Open Letter” back in the spring, as a response to the controversy surrounding his trip to Cuba with wife Beyonce.

Magna Carta… Holy Grail was released last week, on July 4, exclusively to the first 1 mil Samsung customers to download a proprietary app, a move that prompted the RIAA to change their sales timeframe verification policies to allow the album to be certified platinum. However, Billboard did not count the initial 1 mil Samsung sales towards the record’s numbers applied to its chart. Magna Carta saw a general release yesterday, July 9, in the U.S. on digital and physical formats. No date has yet been yet for Third Man’s vinyl release, but we’ll be sure to keep you posted.