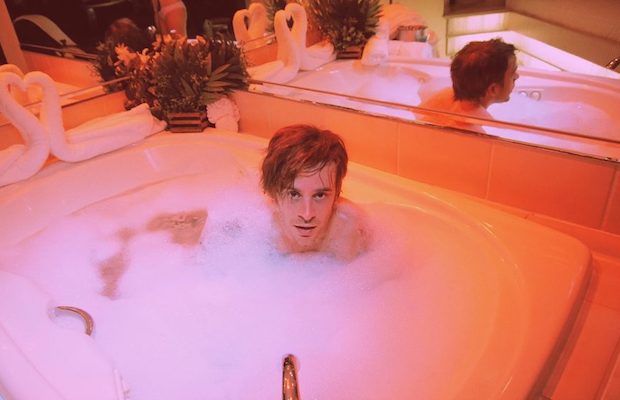 We’ve been watching Phangs create flawless pop music since his debut single “Cul De Sac” back in 2016. As Phangs, songwriter Jake Germany planned out a trio of emotional pop EP’s: Get In My Arms, Happy Season and the final, newly released collection No One Loves You.

The release, stylized N°1 Loves You, wraps up the EP series’ collective stages of a relationship from beginning to end. Germany says, “For this EP, I wanted to dive deeper into the psyche of a break up and in order to understand why people react certain ways throughout the process of having your heart broken.”

No One Loves You kicks off with “Bathroom Floor,” a thematic low point while making a play for Phangs’ current catalog high point. Beautifully resigned piano chords envelop Germany’s trademark pristine vocals, setting the listener up for a shower of shock, pity, and confusion. The song “N°1 Loves You” uses no-bullshit lyrics and a bummer beat to lead us to the waypoint between post-breakup overcompensation and the start of a genuine road of healing. No One Loves You wraps up with “Nothing To Do With You.” The track’s title turns into a comforting mantra atop acoustic guitar flourishes and at-peace production.

Phangs is set to play a couple live shows this fall. He joins James Droll for Fleurie‘s album celebration show at The Cowan on Oct. 16. Then he co-headlines The Back Corner with Indianapolis pop outfit The Wldlfe on Nov. 17 (tickets and info available here_. Get familiar with No One Loves You ahead of catching Phangs live later this year.