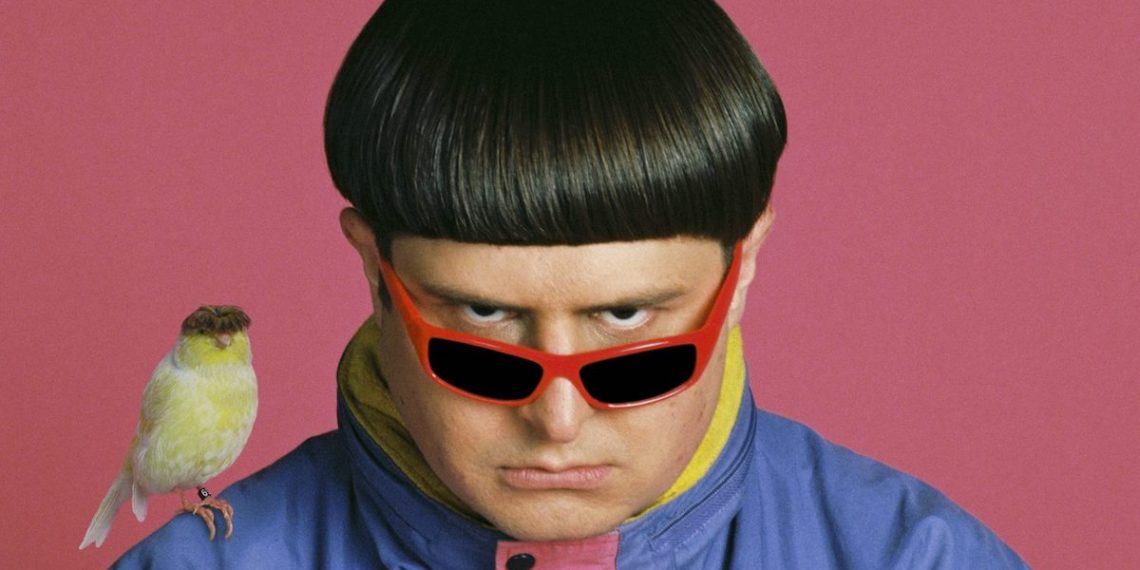 With his pronounced bowl cut, pastel windbreaker, JNCO jeans, and, typically, a scooter nearby, there’s no mistaking alt pop pranker Oliver Tree, who’s spent the last few years fashioning himself into something of a larger-than-life alter-ego, a sort of living meme. Like another artist we recently spotlighted, Orville Peck, Tree, a California native who’s currently based in Los Angeles, has fashioned a character so pronounced and alluring that it can border on distracting from his art, but, also like Peck, if you strip away the persona entirely, what you’re left with is some damn good music that can stand on its own. While it’s hard to untangle Oliver Tree the man from the persona, he appears to have been born in Santa Cruz, and spent his youth in various musical and wider artistic pursuits, eventually attending art school and finding some measure of independent success, releasing his early work as simply Tree, before refining the Oliver Tree character, filming and starring in a series of internet comedy shorts, and landing a deal at Atlantic, who released his debut, Ugly Is Beautiful, last year. Fusing a pop punk, indie, and alt rock penchant with elements of hip hop and electronic, Tree’s genre-bending, slick, and distinctive style immediately helped shoot his album up the charts, and has amassed hundreds of millions of streams for the oddball singer, catapulting him to genuine mainstream success. Inextricable from his image, Oliver’s art is a true multimedia affair, complete with comedic and surrealist videos and imagery, a whole invented mythos (he was “kidnapped” before his LP dropped, and supposedly “retired from music” after), and collaborations with everyone from Blink-182 to Lil Yachty. After recently dropping a deluxe version of his debut with additional tracks, Tree is apparently already hard at work on his sophomore effort, and given the over-the-top, stunt-filled, and immersive live performances he’s delivered at past festival and TV appearances, we suspect his first outing at Bonnaroo will be one of the strangest and most fun of the weekend.