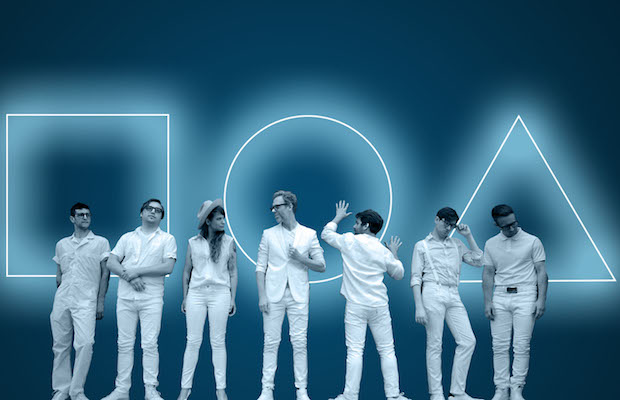 Two years ago, we first introduced you to Nashville group Smart Objects with the premiere of their their debut single “The Autumn Man,” and showcased their exciting and adventurous evolution across two subsequent tracks, last year’s “Run Your Own Way” and “Devastator,” all the while watching the band grow to become one of Nashville’s most exciting new rock acts and a regular live fixture in the local scene.

With a highly-anticipated debut full-length on tap for next year, we’re thrilled to once again team up with the group to bring an exclusive premiere of their latest single and first new song of 2019, “Die Tonight,” ahead of its official release this Friday. Stream it right now below!

Fronted by Benjamin A. Harper, who captured acclaim over the years fronting local retro soul/rock outfit Magnolia Sons (and, before that, The Comfies),  Smart Objects materialized shortly after Ben’s first solo release, the sun-soaked, ’60s-inspried, experimental, and layered Get Thee Behind Me, which arrived back in 2015, setting the template for the genre-bending, indie pop rooted sound the group have adopted.

Made up of members of local fixtures The Future, Gardening, Not Architecture, and Luthi, Smart Objects began as Ben’s backing band, but have since evolved into a full-fledged project, forging a sound that mixes retro rock grandiosity with a thoroughly modern, pop accessible, quirky, and smart indie rock sound. Name-checking influences from Bowie to Beck, Talking Heads to Spoon, each single has managed to showcase more nuance, range, and genre-bending creativity, and “Die Tonight” fits perfectly alongside, but feels distinct from the rest of the band’s output so far.

“‘Die Tonight’ is an exaggerated look at a night in which tensions get perpetually worse as the evening slowly doggy paddles its way to the shore of dawn. It’s about being along for the ride when the ride become more than you bargained for,” Harper tells us. Featuring vocals from Laura Mayo, “Die Tonight” was recorded in Nashville at Handmade Productions, produced by Harper and Handmade Productions, mixed by Handmade Productions, and mastered by John Baldwin Mastering. Channeling everything from Paul Simon to Talking Heads to Beck to The Strokes, the tune feels like the best distillation yet of Smart Objects’ unique ability to juggle a range of influences with impressive sonic clarity, without letting their own individual musicality get lost in the shuffle.