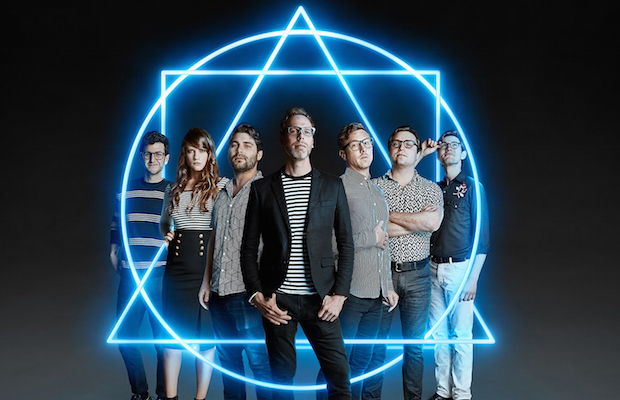 Nearly a year ago, we first introduced you to exciting new local project Smart Objects, when we premiered their debut single “The Autumn Man.” Since then, we’ve seen the band grow to become a regular live fixture in the local scene, amass lots of positive press (and a Lightning 100 Artist of the Week spot), and further the buzz around their first single with a great video.

As they gear up to officially drop a brand new followup track, “Run Your Own Way,” tomorrow, we’re incredibly thrilled to once again bring you an exclusive early preview, which you can stream right now below!

Made up of members of local fixtures The Future, Gardening, Not Architecture, and Luthi, Smart Objects began as Ben’s backing band, but have since evolved into a full-fledged project, forging a sound that mixes retro rock grandiosity with a thoroughly modern, pop accessible, quirky, and smart indie rock sound. Name-checking influences from Bowie to Beck, we’d expect no less from a seasoned local fixture like Harper, and “Run Your Own Way” serves to further explore and expand the group’s sonic ambitions.

Harper tells us “‘Run Your Own Way’ came from behind a busy desk at an unfulfilling corporate job. It’s about the cold, hard fact that we are all going to die. It’s about realizing you haven’t been present in your own reality, getting your brain back online and running as fast as you can from apathy and complacency. We can go our entire lives in this state: ‘Beast of burden, chain gang, brain offline.’ This song exists to say, don’t just go your own way, RUN your own way.”

Produced by Harper, mixed and engineered by Jordan Lehning, and mastered by John Baldwin, the earnest track is hypnotic and genre-bending, flexing Smart Objects’ range and leaving us incredibly eager to hear what’s next. You can listen to “Run Your Own Way” below, and you can celebrate its release tomorrow, May 25 with a special performance at The 5 Spot, along with Creature Comfort, Jasmin Kaset! More info here.