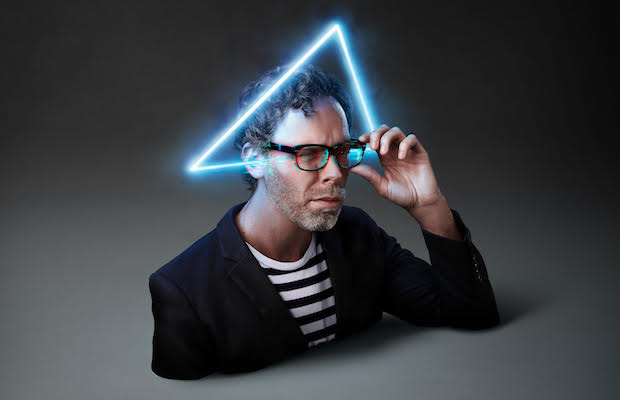 After capturing acclaim over the past few years fronting local retro soul/rock outfit Magnolia Sons (and, before that, The Comfies, for you O.G. Nashville music fans), Benjamin A. Harper stepped out with his first solo release, Get Thee Behind Me, back in 2015. Adopting a sun-soaked, ’60s-inspried, experimental, and layered flavor of indie pop, that musical direction would set the template for the natural progression towards Harper’s latest endeavor- new band Smart Objects.

Made up of members of local fixtures The Future, ELEL, Gardening, Not Architecture, and Luthi/The Alarms, Smart Objects began as Ben’s backing band, but have since evolved into a full-fledged project, forging a sound that mixes retro rock grandiosity with a thoroughly modern, pop accessible, quirky, and smart indie rock sound. Name-checking influences from Bowie to Beck, we’d expect no less from a seasoned local fixture like Harper, and we’re pleased to premiere the group’s debut single, “The Autumn Man,” before it arrives everywhere tomorrow.

Teased out in clips by different animators, which have been released over the past few weeks, and will eventually form a proper video, Harper describes ‘The Autumn Man” as “a direct response to an ex’s (unpublished) poem of the same title… a song about how hope can sometimes be an obstacle. It’s about the fact that sometimes letting something go is the only thing you can do no matter how much you believe in it and that not doing so will only serve to hinder growth and progress.”

Though we’re told the band’s next single won’t arrive until 2018 (which means a debut record is a long way off), we’re delighted to bring you this inventive and inspired new effort, a perfect pop/rock jam for your end of summer playlists, and the start of perhaps the most exciting project yet from one of Nashville’s most prolific fixtures. Jam “The Autumn Man” below, then head to The 5 Spot this Friday, Aug. 25 to see the group open for The Nobility (as they celebrate the 10th anniversary of The Mezzanine). More info here.