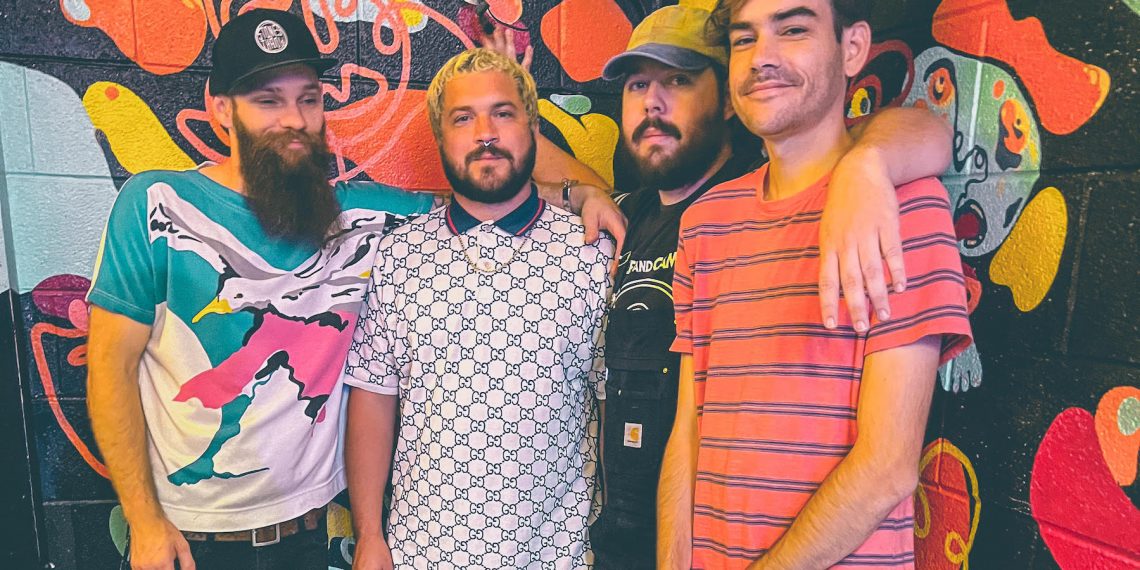 Since first springing onto the local scene in 2018 with some buzzy early singles and a self-titled debut EP, rockers Have a Rad Day (who formerly went by the acronym H.A.R.D.) have cemented themselves as one of the most essential acts in the Nashville indie scene, channeling the fun, riff-tastic, party indie punk of local groups like Diarrhea Planet, and bit of the southern flair of The Weeks (who, like HARD, have roots in Mississippi), while forging their own distinct, buzzworthy sound.

It’s been a minute since we last checked in on Have a Rad Day, but the band have definitely been keeping busy, dropping a prolific string of singles since the start of the pandemic (enough in 2021 alone to constitute another EP, though they haven’t yet put out a formal followup to their debut) like “Dabbed Out,” “Head’s a Wreck,” “Bedhead,” and “All My Friends,” all the while perfecting their sound and knack for balancing rock and roll edge, with anthemic choruses and slick production.

Continuing on that prolific tear, Have a Rad Day recently emerged with their first new tune of 2022 (and one of the group’s best songs yet), “I Miss Mac Miller,” the first in a series of singles that they’ll be releasing at an ambitious monthly clip until the end of 2023. Today, we’re incredibly excited to introduce you to the second song in the series: “Soft in the Morning”!

Have a Rad Day fans might recognize this one as a crowd-pleaser in the group’s live set, and in recorded form, it retains that same charm, a little more chilled out and downtempo than much of the band’s work, boasting hypnotic riffs and dynamic choruses, all while tackling some pretty sweet and personal subject matter about love and navigating the future.

On the single’s background, frontman Thomas Sweat tells us:

“This song has been a crowd favorite for awhile so we’re super stoked to finally release it. It’s definitely one of my favorite songs to play live and has been for quite some time. ‘Soft in the Morning’ is about when I had first moved to Nashville and my old band had broken up. I was working crazy long hours as a pizza delivery driver, thinking my music dreams were over and the only thing that cheered me up was getting home and hanging with my wife, who was just my girlfriend at the time, and wondering what growing old together would be like. When people hear the title they automatically think it’s a dick joke but it’s actually about how my wife talks super softly when she wakes up in the morning.”

Hear Have a Rad Day’s latest below, and look out for a new music video the track soon!

[TICKET GIVEAWAY] State Champs w/ HUNNY, Between You & Me, and Save Face | Dec. 4 @ Eastside Bowl