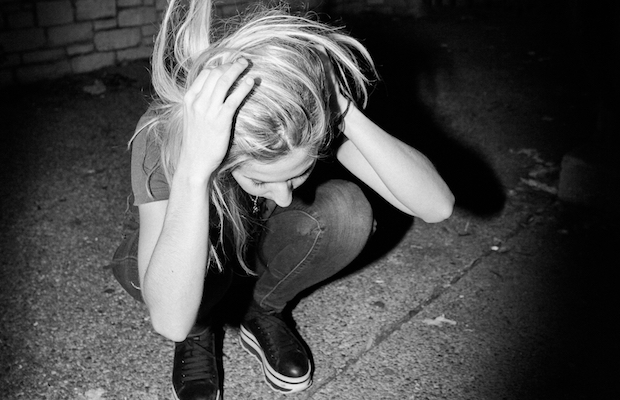 We’ve been eagerly awaiting news of breakout local grunge pop group Bully‘s sophomore LP, which comes after two years of endless praise and tours all across the globe in support of their incredible debut, Feels Like. It was recently revealed that the band had inked a deal with legendary label Sub Pop for the upcoming release, so we knew more news was imminent, and here it is: Bully’s second  full-length will arrive Oct. 20, and is called Losing. Like their debut, the 12-song effort was engineered and mixed by frontwoman Alicia Bognanno, and recorded at Chicago’s Electrical Audio.

Along with album news, Bully have unleashed a new single, “Feel the Same,” which might sound familiar if you’ve seen them live in the last year. Aside from a surprise new song “Right,” contributed back to the spring to an anti-Trump comp and not set to appear on Losing, this is the first music Bully have released in two years, and it’s totally worth the wait, boasting the group’s signature driving, grungy, dynamic, and intense sound and confessional lyrical style, tackling “being stuck in the claustrophobia of a manic state of mind,” and kicking off an album full of songs documenting the complexity of personal growth.

Additionally, the band have announced plans for a fall tour, which is slated to end with a two-night hometown residency at Mercy Lounge, on Dec. 14 & 15. Though they’ve remained active, appearing at Live on the Green and a plethora of major regional fests over the last year, these shows will be Bully’s first formal, hometown headlining dates in nearly two years (22 months to be exact). The means you’ll definitely want to buy tickets when they go on sale this Friday, Aug. 4 at 10 a.m. CDT here (12/14) and here (12/15).

Hear “Feel the Same,” pre-order Losing, and check out a full list of tour dates below!