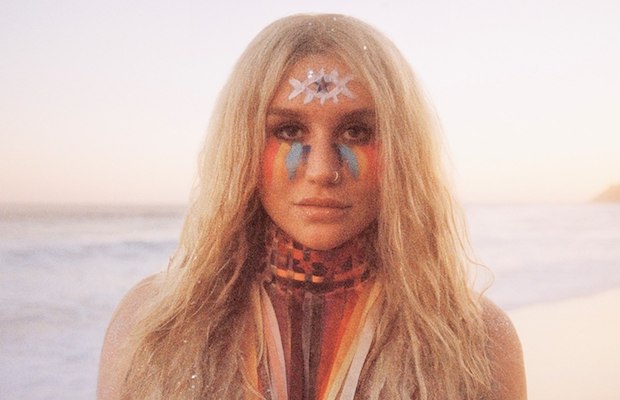 Five years since the release of her triumphant sophomore effort Warrior, and three since the start of a drawn-out, public legal battle and sexual assault accusations against producer and label head Dr. Luke, Nashville born psych rock/dance pop star Kesha is finally in the midst of her long-awaited, maddeningly stalled comeback, which kicked off with news that her third album, Rainbow, will finally arrive on Aug. 11, and will feature contributions from Ben Folds, Ricky Reed, Eagles of Death Metal, and Dolly Parton, among others.

Along with that news came empowering, emotional single and video “Praying,”  and in the weeks since, Kesha has quickly followed that up with two more great tracks and accompanying spots- “Woman,” which takes a more lighthearted turn to her badass, rocker roots, and “Learn to Let Go,” which, like “Praying,” seems to address the events of the last few years in an earnest way, albeit with a little more pop flourish.

Though barred from discussing the situation in specific detail, Kesha recently penned an emotional essay for Lenny Letter, outlining her personal and emotional struggles of the last several years and the path that led her to craft what she considers the best, most uninhibited, and most necessary work of her professional career thus far (and her first release without any collaborative involvement from Dr. Luke).

Aside from a sort of unofficial fall run last year with a local backing band dubbed The Creepies, which was treated more like a necessary, punk style side project than a secret Kesha tour, the pop star hasn’t properly hit the road four years. That makes her just-announced Rainbow tour, which comes to Nashville’s own Ryman Auditorium on Sept. 27 all the more triumphant- the final piece in heaping Kesha reclaim her former career and former self.