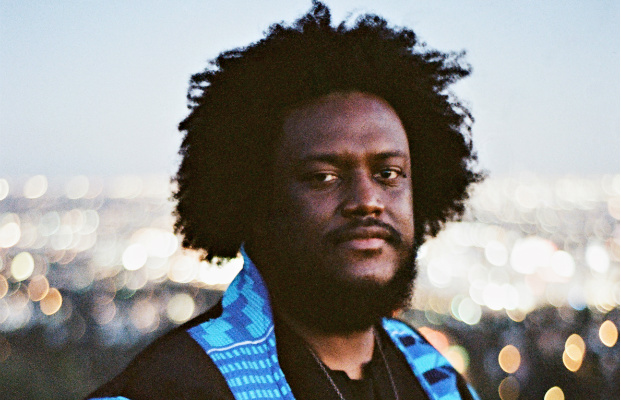 Jazz revivalist Kamasi Washington took the world by storm with the release of his nearly three hour long debut opus, The Epic, in 2015, and found himself touring the world, including a killer set leading Superjam at Bonnaroo the following year.  The renowned tenor saxophonist has since signed to Young Turks, as he gears up to release a new EP, Harmony of Difference, on Sept 29.

The upcoming record is a six part suite that explores the philosophical possibilities of a musical technique known as counterpoint, which Washington describes as “the art of balancing similarity and difference to create harmony between separate melodies,” which the artist hopes will open people’s minds to the gift of diversity. Each of the five movements are unique compositions, and the sixth movement, titled “Truth,” fuses all five compositions into one simultaneous performance.

Washington premiered the record as part of the Biennial for the Whitney Museum of American Art alongside a film by A.G. Rojas, which featured artwork by Kamasi’s sister, Amani.  Those who purchase the 12″ vinyl of Harmony of Difference will also receive a concertina booklet containing his sister’s art, which, similar to the record, feature five abstract paintings inspired by the first five parts of the record, which are combined to represent the 6th act with an abstract depiction of a human face.

In exciting local news, Washington will bring his tour de force live show to Nashville’s Marathon Music Works on Dec. 9.  A variety of pre-sales start today, and tickets go on sale to the public on Friday Aug. 4 at 10 a.m. right here.  Head below to listen to “Truth,” and see the full tour schedule.