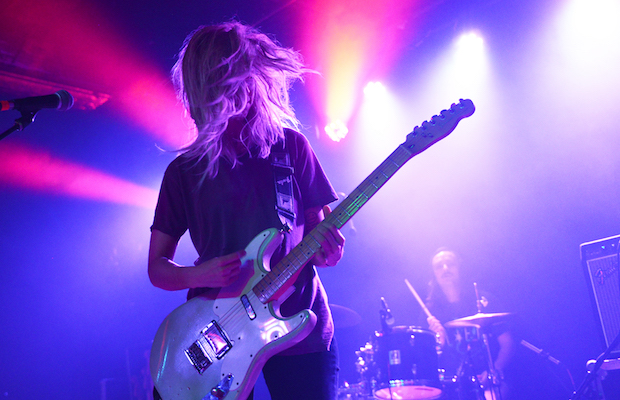 Originally slated to take place in January and with Fake Limbs also on the bill, hometown heroes Bully postponed their debut at the east side’s hottest new show space, The Basement East, by a month, due to weather. Support for the sold out recent event came from Music Band (also slated for the January date) and the addition of Watcher. To the surprise of no one, the grunge pop quartet, still celebrating their universally beloved 2015 debut LP, Feels Like, absolutely brought the house down, brandishing a new ferocity and honed focus from months on the road. Below, we’ve got a rundown on the stellar outing, along with photos from Mary-Beth Blankenship. 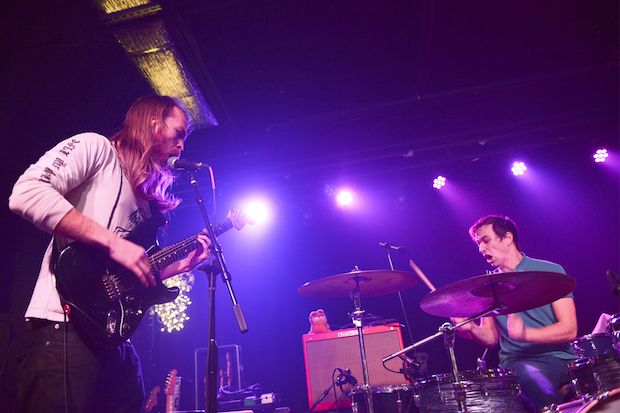 By the time local post-hardcore punk outfit Watcher took the stage, The Basement East’s crowd was beginning to swell (I arrived at doors, to a mostly empty room). The young group have seemingly flown  under the radar so far, but have quietly and calculatedly released some heavy, ambitious collections of songs, and have found themselves opening for some buzzworthy bills (we saw them support Death From Above 1979 at Third Man Records, attended by Mick Jagger himself). Trading moments of spazz and layered, frenetic punk spirit, the group alternated vocal runs, exploded with fast, outbursts of hardcore bliss, and captivated with their raw energy and power. A stark contrast from Bully’s more pop-accessible, controlled alternative and grunge, Watcher are no less compelling to watch live, and seem destined to be a big name in punk circles. 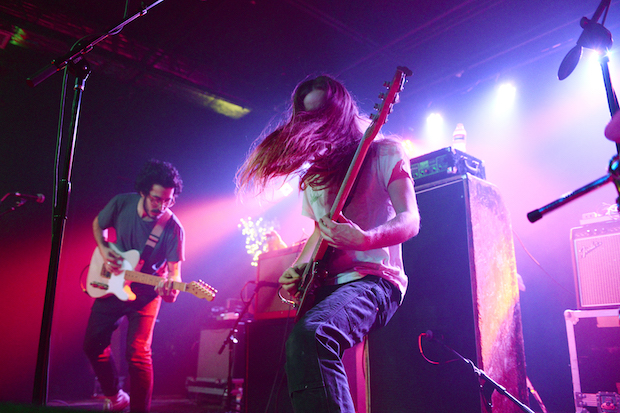 Infinity Cat affiliates Music Band have long been a local favorite, and often find themselves supporting all manners of bands, local and national, across the rock spectrum; a testament to their versatility and crossover appeal. Ahead of their debut full-length, the group, sounding as tight as we’ve ever heard them, showcased a mix of old and new material, delivering their bombastic, energetic songs standing in line, with effortless precision. We’ve seen these guys alongside Bully on more than a few occasions, and it’s been an exciting journey to watch both acts grow in presence and recognition. Dubious SEO aside, Music Band are a serious contender as one of Nashville’s most promising rising rock bands, and every chance we get to see them live, they only seem to get better. 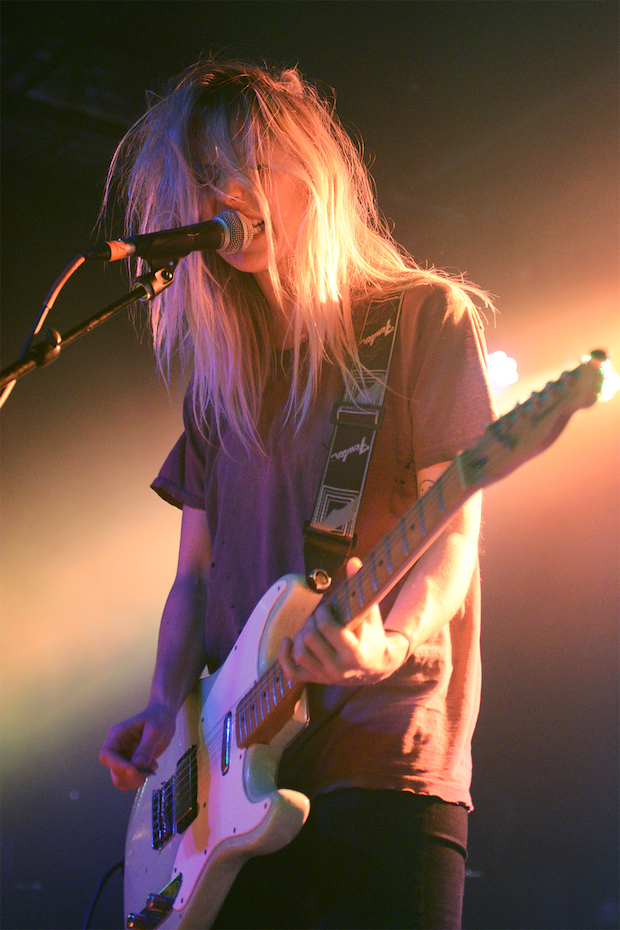 Late into the night, as the room filled to the brim, the evening’s headliners finally took the stage after a quick changeover; low-key as ever, but looking appreciative and excited to be playing to a hometown crowd after months of intermittent touring. When last we saw Bully, a few months back at The Stone Fox, they looked a bit fatigued from their packed schedule as of late, but this time around, they glowed with a focus and intensity beyond any previous outing. Bully’s rise has been swift and meteoric, going from a DIY supporting act to a major, international artist on the rise, beloved by critics and quickly becoming a fan favorite, all in the span of just two years. Their authenticity and genuine love for their craft is certainly a factor, as the band have remained largely DIY in writing and recording, benefiting from the immense talent and self-sufficiency of frontman Alicia Bognanno.

Erupting into their set with the song “Bully,” the band played virtually ever cut from Feels Like, managing even to throw in a new song (we didn’t catch the name) and covers of both Mclusky and Butthole Surfers (as an encore). Bully have been an amazing live force from the start, a huge contributing factor in their ascent, but touring has certainly only improved their tightness and focus; Bognanno and co. effortlessly and bitingly ripped through a concise, hypnotic set, feeding off of the crowd’s energy. Though it seemed largely to be a room of friends and longtime fans, there were definitely more than a few attendees who seemed to have only recently discovered Bully; always a great sign. Notably, a different drummer, Tyler Coburn, held down the rhythm section, bringing all of the intensity and locomotive energy needed to propel their particular flavor of punk. We’ve been glowing about Bully since the earliest days, and couldn’t be more proud of their success. Despite all of it, they still feel like a humble, hometown band, and that will take them further than any buzz ever could. The group play next at Freakin’ Weekend, so if you missed them this time around, you’ll have another chance next month!

Who Was in My Room Last Night? (Butthole Surfers cover)