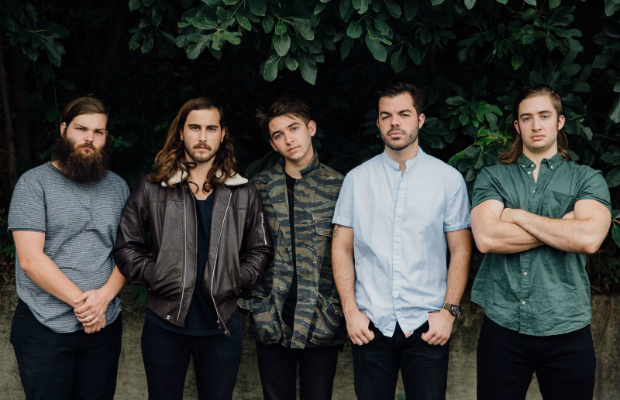 We recently told you about the ambitious plans for the debut full length from local indie rockers PHIN.  They are set to release a single each month between now and July 2017, culminating in the official release of their LP 12 Months.  The first track, titled “You’re Saving Me,” saw the band adding some alt-rock flair to their well established brand of indie rock.  Today, we premiere their second single “Fear,” which finds their indie rock laced with electronic bleeps and blurps, groovy synth lines, and splashes of bluesy guitar riffs, that land this single on the spectrum somewhere between recent Cage The Elephant and Arctic Monkeys.

PHIN frontman Toby Haydel tells us about the new track, “‘Fear’ begins by asking rhetorical questions about the doubt we experience in our lives that prevents us from venturing out of our comfort zones. As the song progresses, I try and answer those doubts with assurances of hope and confidence. I wanted to enforce the idea that we never know what obstacles will come our way in life, but with hope, you can overcome any challenge.”

We’ve been fans of PHIN since their impressive 2013 debut EP, Those Killers, and have watched them become a staple in the local rock scene, even winning the 2014 Music City Mayhem competition.  Their live shows are always high energy outings that really show how important this band is in the local rock scene, and we’re thrilled to be hosting them at our Acme Feed & Seed showcase on Tuesday Aug. 23.  Per usual, our Tuesday night showcases are free, and get started around 7 p.m.  Head here for more information about the show, and head below to get a taste of the new single “Fear.”