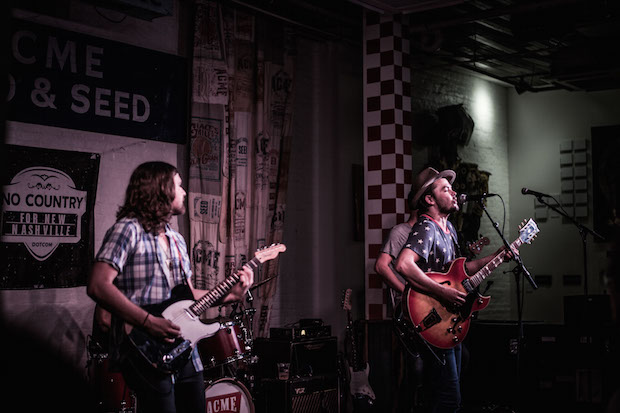 We would like to continue to welcome all of you reading this out there in Music City and beyond to Acme Feed & Seed every Tuesday night, for the weekly showcase from our live events wing, No Country Presents! This past Tuesday’s bill featured indie folkster Jake McMullen, alt pop rockers Pilot Rouge, and southern rock ’n’ roll band Future Thieves. Read on for a recap, and for some great shots from contributing photographer Nolan Knight.

While waiting for the music to start up at Acme Feed & Seed, I grabbed a seat at the near bar, and said hello to my favorite bartender Sam. By this point, after almost a year of planting myself at her bar every Tuesday night for No Country Presents, I don’t even have to place an order. She sees me walk in and has my Founders All-Day IPA ready; always the sign of a great bartender. After paying cash, I chopped it up with some gents my parents age, who were heavy in ’the business’ back in the ‘70s and ‘80s. They had ‘big hits’ with some country singers I recognized, and others I didn’t, but they were nice enough fellows, even if country music isn’t really our thing. 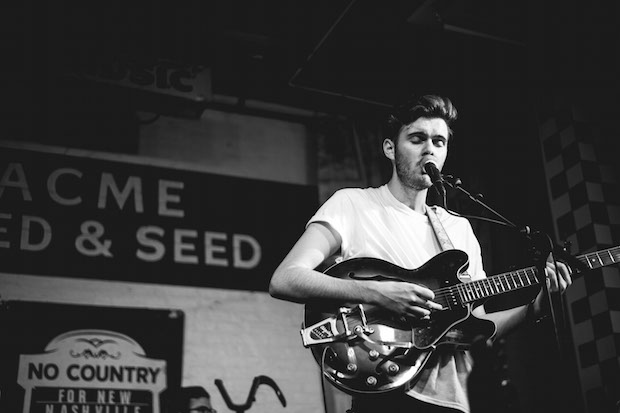 After they gave me a lengthy list of rich, but less heralded songwriters to check out, I bid them adieu, and got into position to enjoy our first performer; Jake McMullen. He started his set with a stellar cover of a Bruce Springsteen classic, “I’m On Fire,” that immediately got my Boss-loving attention. He then slipped into some of his original work, backed by his robust and clean sounding backing band, which included one of my all-time favorite instruments, pedal steel guitar. His sound reminds me of a cross between Justin Townes Earl and John Meyer, hitting a sweet spot in-between the two; Justin’s wonderful croon, John’s blues guitar playing. Just enough twang and polish, one never over powering the other. These dynamics played off one another throughout his set to great effect. We are certainly looking forward to hearing the rest of his soon to be released EP Always.

We usually have a decent turn out for our curated weekly showcase, but the crowd looked extra thick this go ‘round. More than just the usual dinner crowd and lost looking tourists. Dare I say some locals are becoming regulars on Broadway? This would be almost unheard of before Acme opened it’s doors last summer. Later I found out the second floor had been closed all night, which certainly helped pack out the first floor, but I had a feeling the superb quality of the line-up had a hand in getting things to near capacity as well. 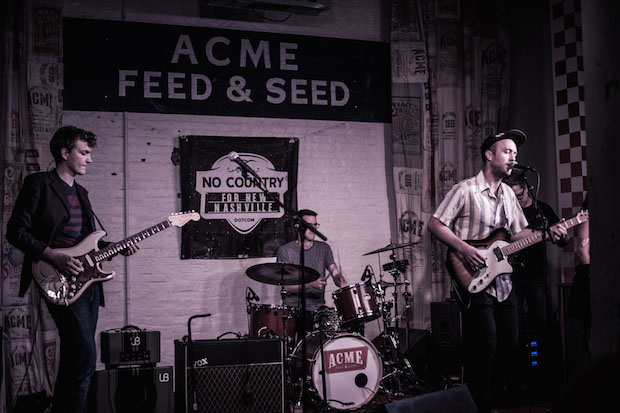 Next up were mellow, indie pop outfit Pilot Rouge. They were a nice contrast to McMullen’s more folk oriented sound, especially with their unique synth/keys. Think of a more tranced out version of Houndmouth, add ambient facets of Local Natives, and you’re getting the picture. Their music screams road trip tunes, each number seamlessly flowing into the next, as they plowed through a fuller than average Acme Tuesday night, time-sensitive set. There was very little to-do during breaks in the music. It was obvious that they had a lot they wanted to get too, but they never seemed rushed. A well greased engine, they’ve obviously spent ample time rehearsing. Catch them live as often as possible, and their latest EP LEGENDS should be added to your must have list ASAP. 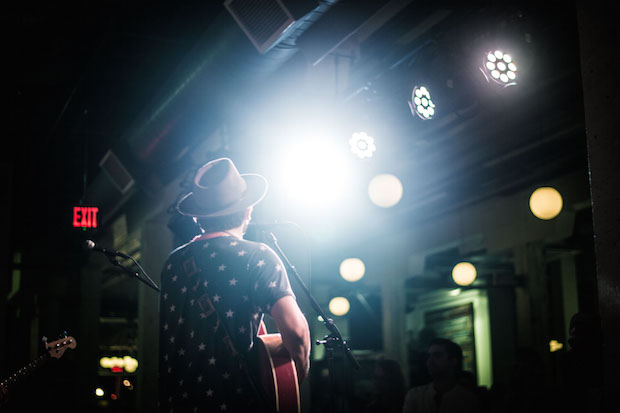 Last, but certainly not least, were Future Thieves, a band that seems to be everywhere all at once. Lately, they’ve been riding the crest of an extra high wave of notoriety. They played a Club Stage at Bonnaroo, and they were recently tapped for a spot at Live On The Green. For these reasons, I’d heard their name tossed around town a lot, but this was the first time I’d ever seen them live. Shame on me.

They oozed charisma from the start. It became pretty obvious that most of the sizable crowd had been there from the start just for them. They produce a huge sound that is rock ’n’ roll in it’s purest form, with a southern touch. They reminded me of early Kings of Leon records, minus Caleb Followill’s trademark screech. Instead, frontman/rhythm guitarist Elliot Collett delivers clear and resonant vocals, with a touch of gravel that no doubt makes the ladies swoon.

Halfway through their set, a buzz could be felt in the air, like we were all at a legitimate big time rock show, with national touring headliners blowing our minds … on Broadway of all places! They were pulling people in off the street in droves. Tourists, locals, vagrants, all bobbing their heads to the beat, instantly getting hip to their new favorite Nashville based rock band. The already packed house seemed to nearly burst at the seams. The band was dripping in sweat, giving it their all, and rocking so fucking hard it was easy to forget that we were just a stones throw away from countless country cover honky-tonks. If you ask me, this/they are exactly the type of thing downtown Nashville needs; a break from the never ending “Ring Of Fire” or “Wagon Wheel” renditions that water down the product we like to call Music City, all in an effort to appease tourist, and swindle them out of tip dollars. So thank you Acme Feed & Seed, from the bottom of my heart. Thank you for giving us a honky-tonk alternative on Broadway, a place where we can all (local and tourist alike) escape the big country machine. Thanks for giving us a place where we can rock!

And just like that it was over, with everyone foaming at the mouth, begging for more. All I can say is NONE of you reading this should miss their Live On The Green set, because it won’t be too long before they are touring all over the USA, and you won’t be able to catch them for free. Until then, please join us next week, same time, same place, for free tunes from Ian Ferguson, Lasso Spells, & OJR, and don’t forget to check out the tasty photo spread from Nolan Knight below!