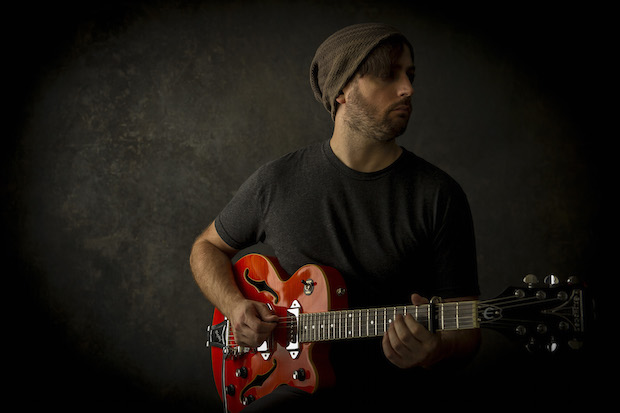 Local multi-instrumentalist, singer songwriter Jas Patrick has a new EP, Inky Ovine, dropping September 25th, and we’ve been lucky enough to get an early listen. Let us assure you it’s wonderful; dancing between genres like jazz, blues, and even world music, while still staying true to it’s Americana/Rock core. Jas wrote, arranged, and produced all six songs himself. In addition, he played all the instruments, with the exception of bass and steel guitar, the latter of which his father, Jeff Peterson (who’s recorded and toured extensively with country legend Clint Black), took on.

Earlier this month, Patrick debuted the EP’s first single “Harpy,” which you can download for free right here, and now we are thrilled to exclusively bring you another track, “Little Bug,” after the jump. After several close calls with the ‘big time,’ Jas gambled on starting his own label (Tiny Lion Records), and launched his solo career in 2010 with his debut record Working on My Soul. Boy are we glad he did, because with talent like his it’s only a matter of time. Click on to see what we’re raving about, and check back soon for more new information on an amazing local musician.