We already brought you the dates for the 2015 installment of Nashville’s annual Live on the Green music fest, and, now, we have the lineup!

Adopting the changes instituted last summer, the festival’s seventh season will run for four Thursdays, beginning Aug. 20, and will finish with a special three-day final weekend, concluding on Sunday, Sept. 12. As always, the event, which is hosted at Public Square Park, and also includes a variety of local food trucks, craft beer, and more, will be all ages and totally FREE to the public, though special VIP tickets (which, for the first time include a special “backstage” option) are available to purchase!

We didn’t think last year’s lineup, which included the likes of Cage the Elephant, Jake Bugg, and City and Colour, could be topped, but 2015 is definitely looking stellar- and man, this lineup is MASSIVE (with even more artists TBA, including another headliner). The biggest change this year is the addition of a second stage, which means even more bands!

And, for another early treat, you can also peep the entire season’s schedule already (click to enlarge): 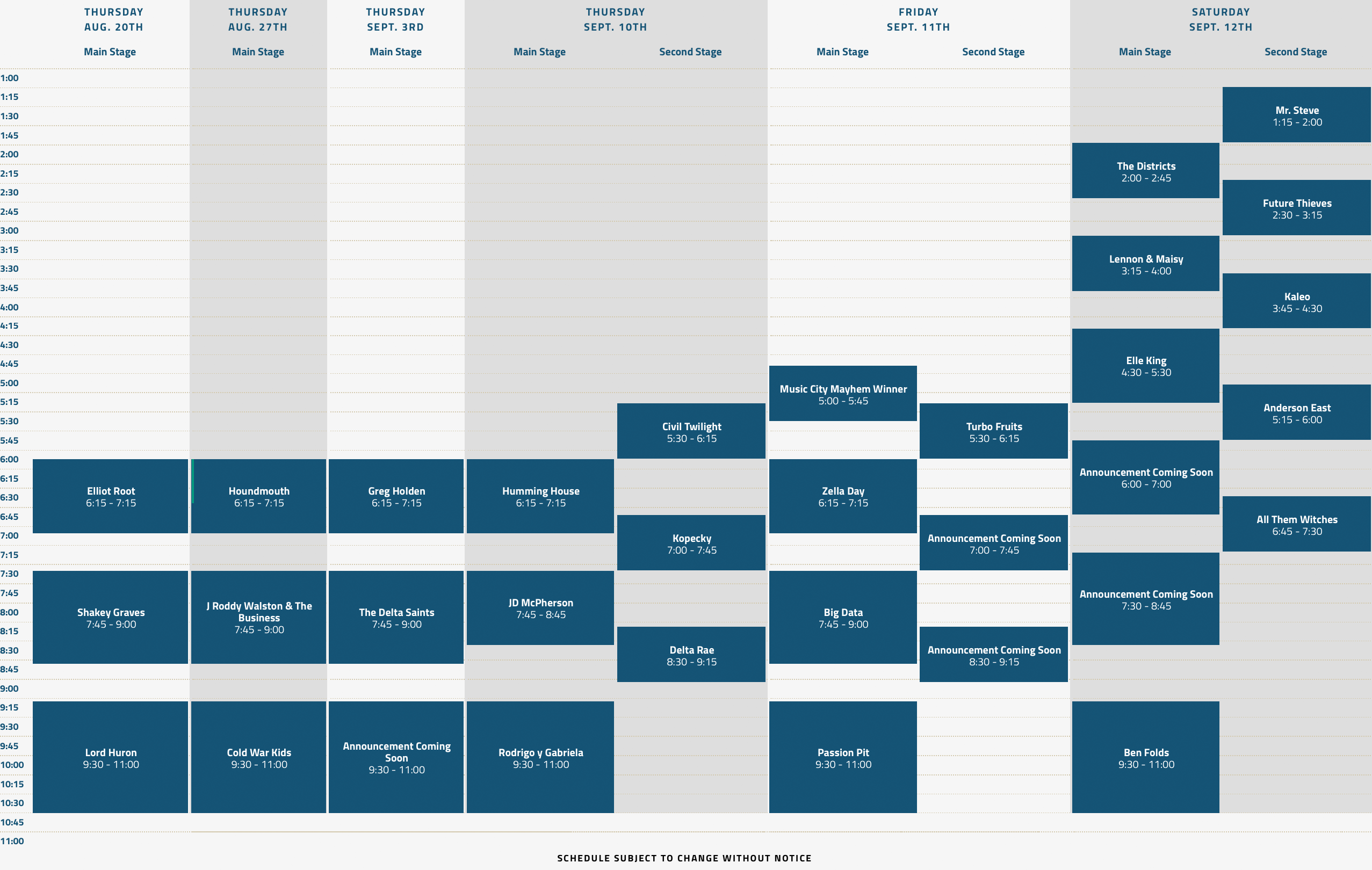