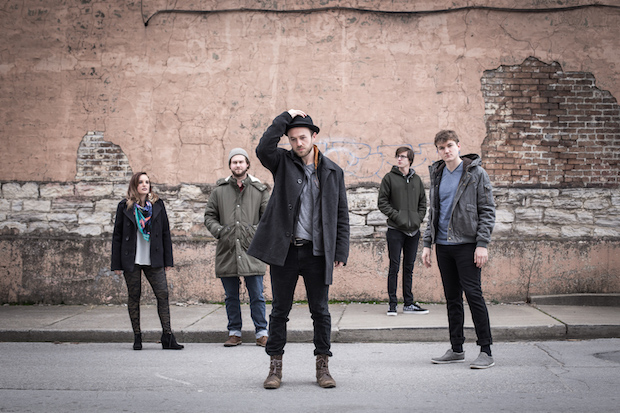 Some bands emerge from depths of the infinite Nashville talent in a raging ball of fire that is absolutely impossible for any listener to miss, and sometimes we’re lucky enough to catch their ascent early; getting a nice spot to watch the fireworks. Heads up folks, keep watching the sky because Nashville alt-rock band Pilot Rouge is about to explode. Just yesterday, they released their epic five song EP titled Legends and you can download it in full on iTunes, or check out some samples on Noisetrade.

Pilot Rouge is a five member team lead by the multi-talented Kevin Terry who is shredding on the cello when he’s not with the rest of the band. Kevin’s smooth vocals and falsetto choruses layered over epic beats and soaring guitar riffs make for tunes that pull on our heartstrings and seize us with nostalgia for first-loves. Speaking of heartbreak, listen in awe to the harmonies by keyboardist Allison Piotrowski in the EP’s title track. We’ve got Pilot Rouge’s Legends EP right here on NCFNN after the jump. Give it a listen and keep an eye out for Pilot Rouge’s name on local show dates. Believe us, you won’t want to miss them before they take off like a rocket.