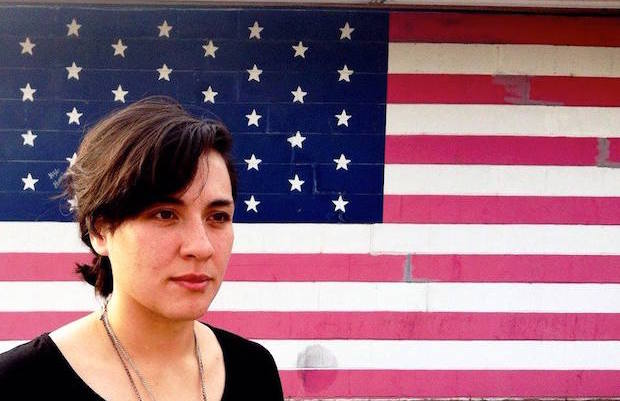 Hope you don’t have anything planned the evening of Tuesday, Feb. 10, because we here at No Country are keeping our weekly showcase, in partnership with Acme Feed & Seed, going strong. This week’s No Country Presents features Americana troubadour Mercy Bell and power-folk singer Joanna Barbera. Per usual, our showcase is totally FREE and music runs from 7 p.m. to 10 p.m., so make sure you get there early! To sample the goods, click on after the jump, and we hope to see you there.

Born in Boston, raised in California, kickstarting (literally) her career in Brooklyn, and now residing in Nashville, Mercy Bell is a real-life rambling’ woman. Her folk/Americana inspired songwriting, laid down over alt-country arrangements, has set her apart for her contemporaries and her second place finalist performance in  Lightning 100’s 2013 Music City Mayhem battle of the bands tournament caught our attention. Self-releasing her debut, All Good Cowboys, after a successful $8,000 Kickstarter campaign, Bell is ready to usher in the next phase a promising career, and you can watch it unfold live and in person Tuesday night.

Austin based singer-songwriter and multi-instrumentalist Joanna Barbera is ready to bring you her brand of smoky folk, crossed with power ballad-y aesthetics, more akin to PJ Harvey or Neko Case than a Jonni Mitchell. Another traveler, starting in Hudson Valley, NY, before spending time in San Fransisco, Maui, and London, Barbera has self-released two albums, Forget (2013) and Carnival Beginning (2009). She is eager to share songs from both LPs, and hopefully some new ones too, with you all at Acme, so make sure you get there early!

Mercy Bell and Joanna Barbera will perform Tuesday, Feb. 10, at Acme Feed & Seed. The show is 21+, music begins at 7 p.m., and, per usual, it’s totally FREE. Downtown PARKING can sometimes be an issue. However, if you’re willing to walk a few blocks, street parking is typically easy to find on the numbered avenues south of Broadway, or along Korean Veterans Blvd. Metered spaces are often free after 6 p.m.