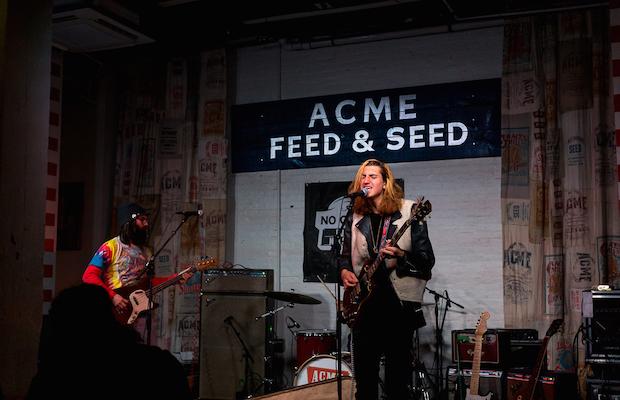 Every single Tuesday for the past several months, we’ve been teaming up with hip new restaurant and performance space Acme Feed & Seed to host a free showcase of some of our favorite emerging local (and national, and, now, international) talent. For our latest installment, which marked our fifth Acme showcase of the new year, we hosted local garage-y punk rockers MELK and indie/alt rockers Animal People, along with English folk singer The Lake Poets. Read on for more about it! 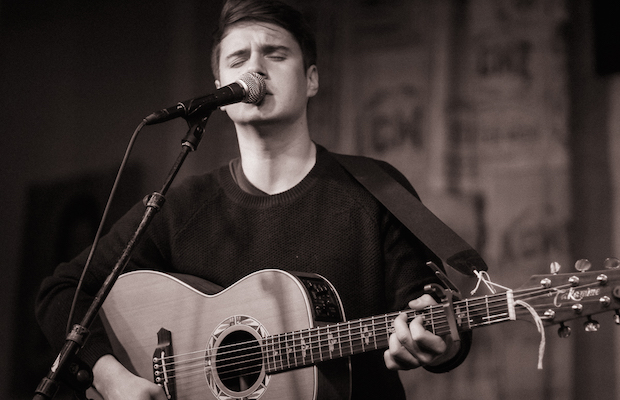 Kicking things off at a decidedly early slot, The Lake Poets, a.k.a. Sunderland, UK based singer-songwriter Martin Longstaff, served as this week’s bonus band- an extra act on what normally is a one or two-band bill, but an incredibly welcome addition if ever there was one. Walking in a few minutes late (damn Predators game), I arrived to Longstaff already on stage, performing for a packed dinner crowd (always a promising sight) with a warm, confident style of delivery. Alone on stage with a  guitar, the young singer delivered his varied set with the polish of a performer well beyond his years, lacing his nostalgic folky songs with an undeniably heartfelt lyrical honesty. For the most part, he let the songs speak for themselves, peppering in a few quips here and there, and, towards the end, inviting a friend (and fellow Englishman) to join him onstage for a few tunes. Martin Longstaff is a name you likely haven’t heard before now, but one you should absolutely remember: this guy’s got a bright future ahead, and I’m glad we were able to host him while he’s in town. 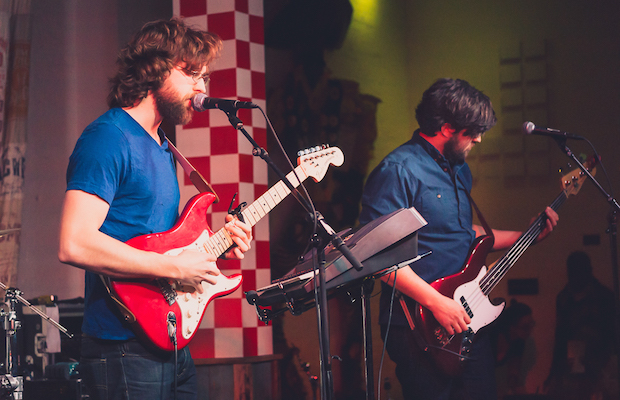 Building on what would be something of a growing energy with each successive act, locals Animal People are a band I was intrigued by upon first listen, but one whose live show still managed to vastly exceed my expectations. Pulling from alt and indie rock elements, and channelling a hard to pin down sound, they reminded me of everyone from Interpol to The Postal Service, conjuring an aesthetic and energy all of their own and allowing their set to flow with infectious momentum. Originally hailing from Mississippi, three of the group’s four members are brothers, and that family bond (and, presumably, years of mutual musical development) was incredibly obvious in their relaxed chemistry, song-driven confidence, and well-rehearsed performance. Laid back to the point of near-rambling at times, the band joked between songs, and seemed to be having fun just being on stage; the excellent and enthusiastic crowd response was merely a bonus. 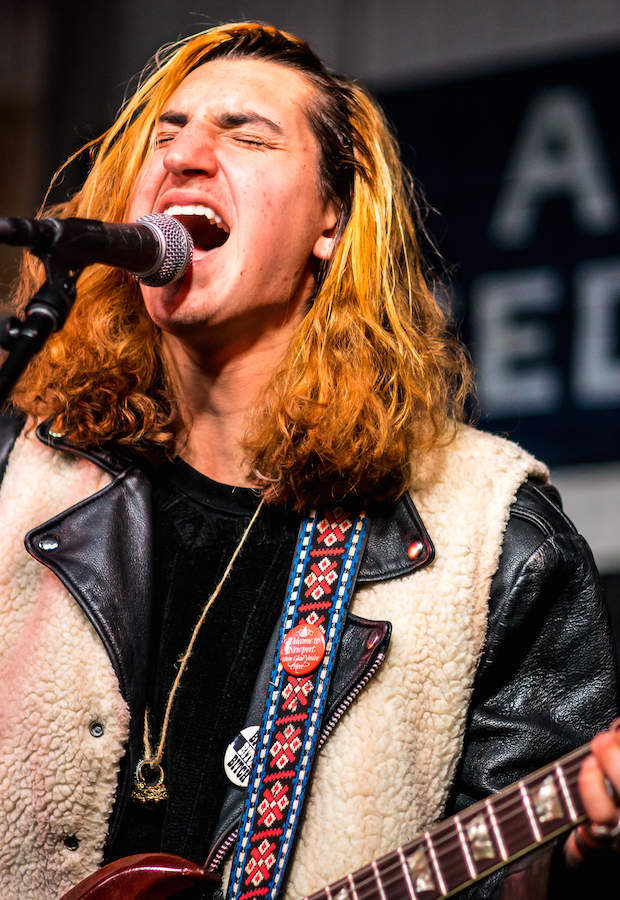 Ending the evening, and taking the crown for loudest and most aggressive act of the night, fellow Music City (via Rhode Island) group MELK channeled in equal measures a punk rock unpredictability and a garage rock accessibility. Merely a trio, the band produced a big, loud wall of sound, daring the Acme crowd to resist rocking out. Dressed in a retro leather jacket, a tie-died shirt, and a plain blue tee, the three members’ styles were perfectly representative of their eclectic sonic reach, and their energy, something of a constant gut-punch of rock and roll spirit, never faltered throughout their set. Playing last on a weeknight showcase can be a tough slot, but MELK proved adaptable, unwilling to compromise their no fucks-given attitude and bombastic playing style, and, performing for a pretty eclectic evening crowd, they undeniably owned the room. I love discovering awesome new local groups, especially when they channel punk rock and power pop sensibilities, and MELK are band that’ll permanently be on my radar going forward- I’m glad we could bring them to Acme, and hope you’ll catch them next time around (if you didn’t make this performance)!

Our free, weekly Tuesday night showcase at Acme continues this Tuesday, Feb. 10, with Mercy Bell and Joanna Barbera. We hope to see you there!