[REMINDER] Join Us At The East Nashville Crawfish Bash This Saturday May 9th! 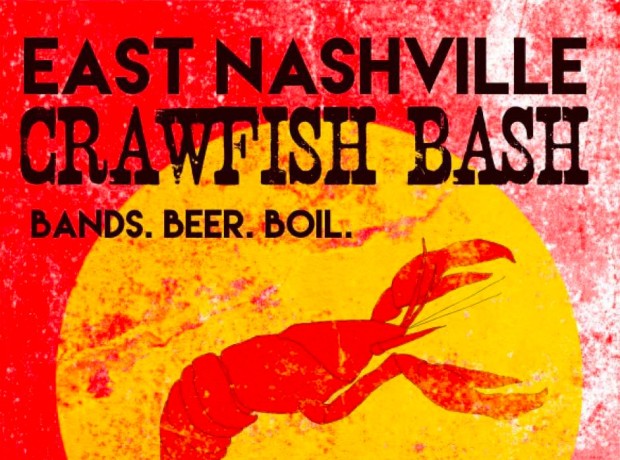 We’ve been excited about the upcoming Crawfish Bash that we’re helping to put on with Palaver Records and Yazoo.  We already gave away a pair of VIP passes, and now the big day is finally almost here! This Saturday at the grassy lot in Five Points next to Bongo Java East starting at 11 a.m. we’re helping to put on a full day of FREE music featuring a slew of our favorite local artists. There will also be boiled crawfish and beer, as well as stuff to check out from local vendors, including kids friendly activities. If you don’t want to wait in line, VIP passes are still available that get you free crawfish, beer discounts, and merch as well as line-skipping powers.

The Crawfish Bash has a spectacular lineup of Nashville based musicians that spans genres, including Kim Logan, Kyle Andrews, Blackfoot Gypsies, Sexx, The Blue Velvets, The Future, Them Vibes, and many more. That’s right, that’s not even close to the full lineup. So, read on to see who is playing when, and find out more about the bands.

The East Nashville Crawfish Bash takes place in 5 Points next to Bongo Java on Saturday, May 9th.  This all ages event gets started at 11am and is FREE. VIP tickets are available to skip the lines and get varying levels of upgraded experience for $10 or $25 here.