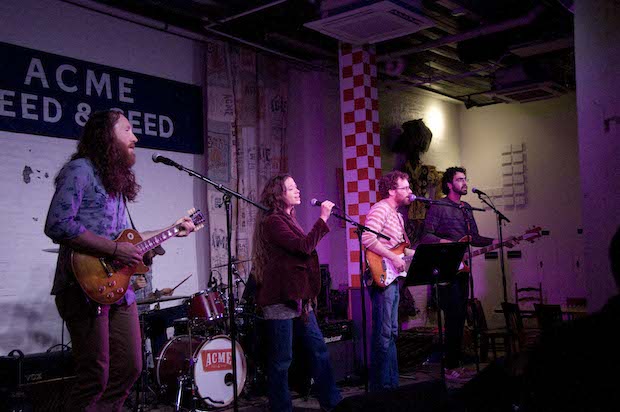 Every single Tuesday, we team up with hip new restaurant and performance space Acme Feed & Seed to host a free showcase of some of our favorite emerging local (and national) talent. For our latest installment, which marked our eighteenth consecutive week at Acme, we hosted one of the most fitting bands that we could think of to kick off the Thanksgiving weekend. Local roots rockers Allen Thompson Band held what was clearly the most captive audience on a quiet night downtown. Read on for our recap of the evening! 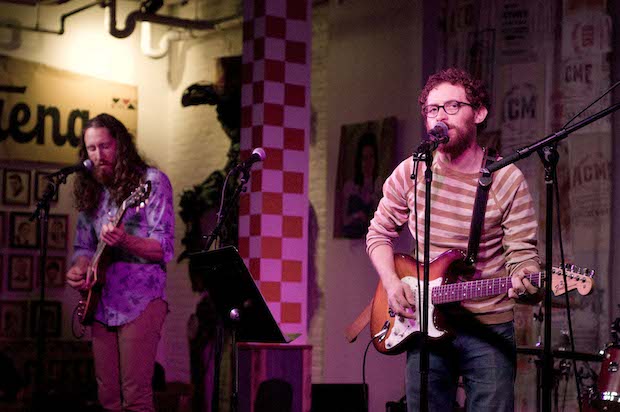 The beginning of the holidays does not make for hot times at downtown Nashville’s bar scene. As we made the pilgrimage from our hockey night parking locale, we expected to see the bars en route packed with those getting the long weekend started early, but, instead, we were greeted with bad karaoke from bars empty enough for those horribly toned individuals to have the confidence to bring their shower pastimes to amplified life. With a bit of anxiety, we strolled on down to our favorite downtown locale for our usual Tuesday night party.

The dinner crowd was milling about, a few familiar faces were at the bar, and the staff greeted us like they do every week. Just as the folks at Acme are becoming a part of the No Country family, we were thrilled to have a family band of our own performing this week of Thanksgiving, the Allen Thompson Band. 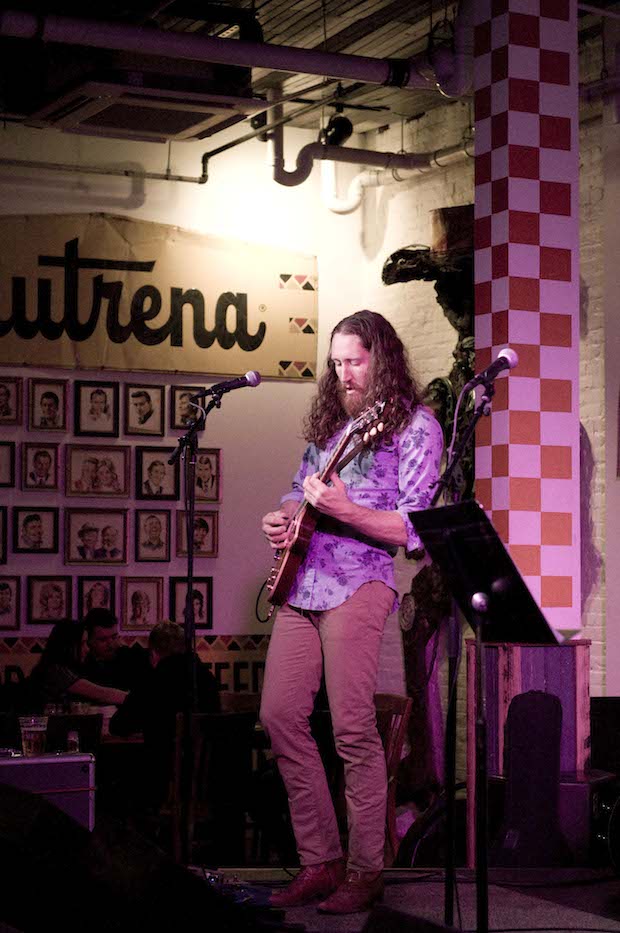 Allen Thompson Band are known around town as friends of everyone, and are also known for some incredibly soulful roots rock jams. From day parties at East Nashville Underground, to sets of fiery covers for reveling drunks, to pop up shows of original material at packed East Nashville dives, this quartet/quintet (often a sextet) of talented musicians blend in perfectly in pretty much any atmosphere. Their sound will ring just as true in fans of The Band as they would for lovers of Wilco or perhaps even Fleet Foxes with the multi-part harmonies in their original tunes. You can immediately identify their love of jam bands, as, at times, we swore that we were listening to an earlier, less produced Widespread Panic. But, honestly, their original tunes are what made them a must for our showcase at Acme. In a venue that thrives on cover bands (albeit badass ones) during the weekend, it’s nice to hear some heartfelt songs that perfectly filled the first floor of the old building. 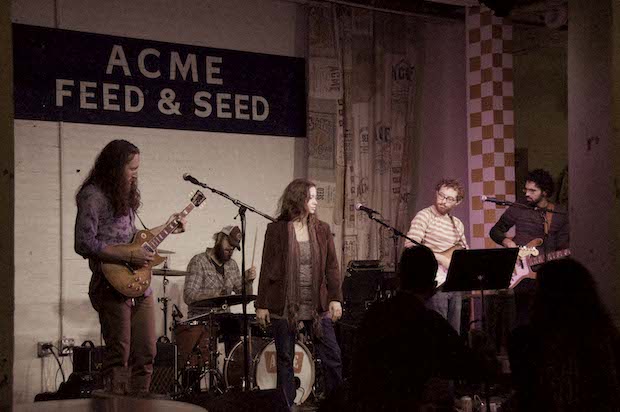 Allen Thompson Band is on a lot of bills around town, solidifying the fact that this is not some new find for us here at No Country. Make sure you keep an eye out, and an ear to No Country, because you better believe we’ll be telling you about more upcoming shows.

Next Tuesday (Dec. 2nd), the fun continues with a local soul rockers Girls And Money and the explosive Belmont outfit Dynamo. As always, it takes place at at 7:30 p.m., and is free to anyone over 21! We hope you’ll join us!