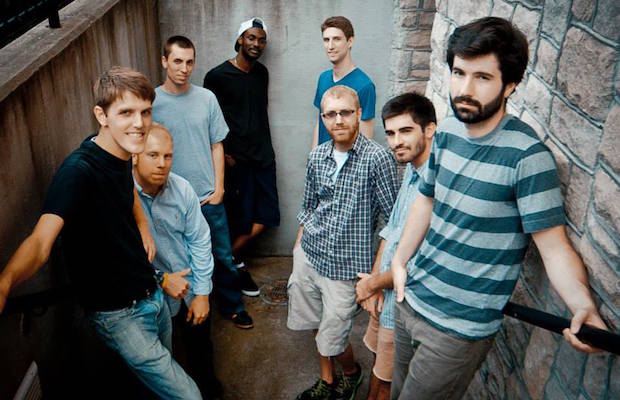 If you’re an avid reader of this site, you’re likely aware of the weekly showcase we’ve been hosting every Tuesday night at Acme Feed & Seed. For the last few months, we’ve curated the best in local and regional acts, and have brought artists of all genres to Lower Broadway. This week, we’ll be upping the ante with performances from two fantastic local groups: Dynamo and Girls and Money. The show is slated to begin at the new time of 7:3o p.m., and will run until 10. As always, the showcase will be absolutely free to the public (as long as you’re over 21), leaving you more money for beer or some of Acme’s delicious foods. After the break, we’ve got a rundown on both these bands to help prepare for the festivities to come!

In a town filled with so many similar artists, its incredibly refreshing to witness an act as unique as Dynamo. The nine piece group play jazz-fusion-jam music that’s frankly tough to describe or classify, though the comparison to Snarky Puppy immediately comes to mind. What is also more than evident is the intellectualism of this group. All of the music is horizontally oriented, growing to a peak and then fading both lyrically and musically. Best of all, the entire shebang is underscored by tight funk and r&b grooves. However, to really understand the genius that is Dynamo, one really needs to see them love. Fortunately, you can you do this for yourself at Acme this Tuesday,

Although this local act are still establishing their reputation, Girls and Money have already scored a number of fans in this competitive city. There’s good reason for this: the group puts on a fantastic show and produce awesome tunes. The quartet play a rock/soul mashup that easily gets the crowd excited; when coupled with their dynamic stage performance, Girls and Money have few peers. They are definitely going places, but, if you want to catch them before they get big, you can do so at Acme!