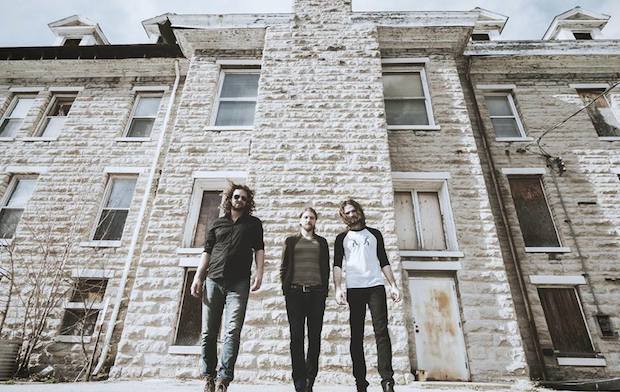 We’ve been raving about Forecastle since the release of their impressive 2014 lineup, but we’re equally proud of the Nashville bands that made it onto that incredible bill.  We’re going to run through our hometown heroes this week with our Nashville to Forecastle series, and stick around next week when we run through our must see acts for each day of this year’s festival in Louisville’s Waterfront Park.  In the meantime, keep reading to find out more about The Wans!

Hard hitting Nashville rockers The Wans are no strangers to us here at No Country.  We’ve brought you new singles, and show previews over their two years of band life, and we even fearlessly claimed that they “make 99% of the rest of rock bands in Nashville look like boys choirs.”  Of course, they’ve proved it to us on a number of occasions, including the time they boldly took the stage after the second of six Salvador Dali Parton shows at Exit/In while sporting an opening gig for the equally impressive Reignwolf (who is also on the Forecastle bill) and J. Roddy Walston & The Business.

The sound of The Wans evoke guitar riffs straight from the guitar gods of the 70s, as well as the thrash that came after the synth died in the 90s grunge scene.  The Wans are not afraid to bring their power trio display to the crowd having already landed opening gigs for the likes of Pearl Jam, Beck, and the Black Lips in their short two year existence.  We really got into their 2012 self-titled EP, and it clearly put these rockers on the map in Nashville and beyond.  Fast forward two years, and we are now eagerly anticipating the release of their debut full length, He Said She Said, due out September 9th.  The new record was produced by Dave Cobb (Jason Isbell) and mixed by Vance Powell (Jack White / Arctic Monkeys), which certainly isn’t a downside.  Needless to say, festivals are a time to catch up and coming acts in intimate settings, and this is a perfect chance for you to start your Saturday off with some RAAAWK!  Have a listen to their debut EP in it’s entirety, and then check out the band’s growth with the debut track “I Can’t Fix You” from He Said She Said.