How many of you that went to the Roo are considering music this weekend? Admittedly, we didn’t think it too likely that any of us would feel up for shows this weekend, but the body recovers and the soul desires. We have a lot of great shows this weekend in Nashville too, that just can’t be missed. You can check out parties for some great new local releases, some could’ve been at Bonnaroo acts, hysterical comedy bits, and lots more. You can catch our full rundown of all of our picks of the weekend after the jump. 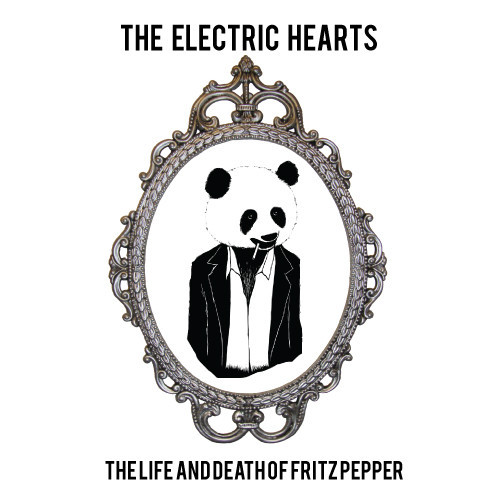 We already mentioned that The Electric Hearts are doing their EP release party tonight over at The High Watt when we premiered the new record earlier this week.  If you haven’t given that new release a listen, you should do that here.  Also on the bill are Steelism and, the headliners from our recent anniversary party, Colorfeels.  Things get started around 9pm, and it’ll only cost you $7. 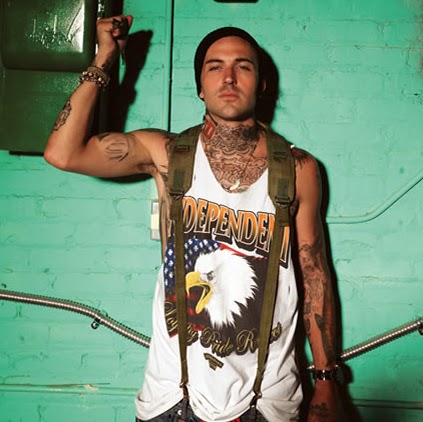 Just announced: Shady Records rapper Yelawolf is bringing his underground hip-hop to Anthem TONIGHT. You might know the former Antioch resident from his collabs with Eminem, Kid Rock, Lil Jon, & Gangsta Boo or even his side project (Psycho White – EP) with blink-182 drummer Travis Barker.  Grab a general admission ticket for $15 here, or spring for VIP (ages 21+) for $30. Doors are at 10pm. RSVP via Facebook here. Check out this Alabama boy’s flow in “Daddy’s Lambo” below to start pre-gaming now:

If you’re as big a fan of the television show Archer as we are, you might want to considering heading to The Ryman Auditorium tonight for Archer Live!. Featuring a moderated panel discussion, a script reading of memorable Archer scenes and an audience Q&A with cast members and producers, it’s the closest you’re going to get to a real life version of the hilarious cartoon, and might just be worth the $40-50 price tag if you’re a big fan. Check out a rogue clip of the show, below. Things get started at 8PM!

You might know Los Lonely Boys as the Texican trio of brothers who are responsible for that breezy pop song “Heaven.” But you probably don’t know them as the blues virtuosos who more often sound like Stevie Ray Vaughn and Double Trouble reincarnated than pop-radio darlings. Check out the live performance of “End of a New Beginning, ” below, to get an idea of what you can really expect from their Saturday night live show at the War Memorial Auditorium (shit gets real at the 4:00 mark, and again at 7:00). Los Lonely Boys are joined by fellow Chicano rockers Los Lobos and Alejandro Escavado, two acts to whom Los Lonely Boys owe great thanks for helping establish a voice for Mexican Americans in rock music. And really, EVERYONE owes a big thank you to Los Lobos for their version of “La Bamba” as the title track to the 1987 biopic of Richie Valens.  Show starts at 7, and tickets are available here starting at $30. 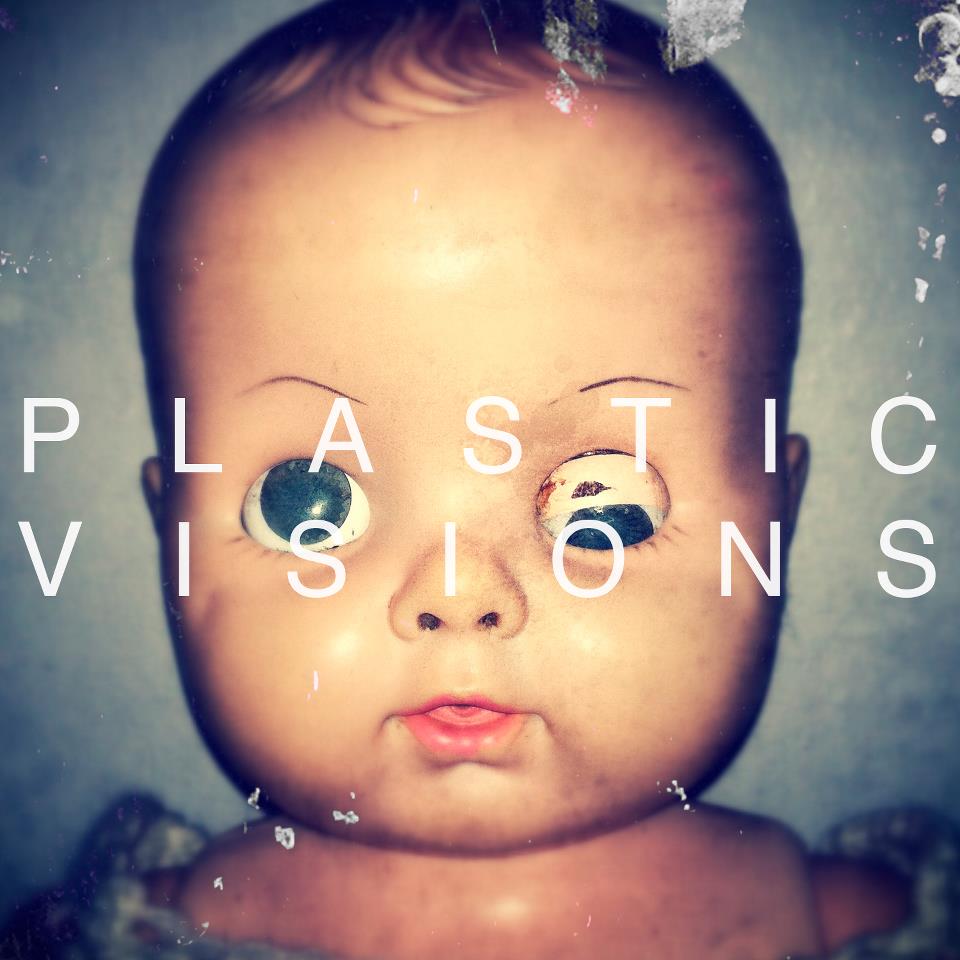 If you’re looking for something more Pixies than pop, come join some of the No Country crew at High Watt for Plastic Visions w/ Concord America and Schools. Plastic Visions are a duo made up of garage-punk rocker cousins Brad Schultz (of Cage the Elephant) and Kane Stewart, and they recently released their debut self-titled EP via Brad’s label Death Panda. Tickets are just $5 here. 8pm doors; 9pm show. Check out their video for “Kamikaze” below:

And now: 4 great reasons to get your asses to the Exit/In on Saturday night — Kansas Bible Company, Magnolia Sons, The Nobility, and AJ and the Jiggawatts. Oh wait…make that 5. Kansas Bible Company (and their friend Dreambot) recently released this parasitically addictive 8-bit flash game based on their song “Jesus the Horse Thief,” and it’s every bit as awesome as you would expect it to be. Be warned: you WILL lose track of time while playing, and you WILL have the song stuck in your head for days afterwards. But flash games aside, these four acts represent some of the brassiest, “most convivial” (stole that from The Nobility’s website) throwback-rock outfits hailing from modern Music City. You’re pretty much guaranteed to have a good time. Tickets are available here, doors are at 8, and the show starts at 9. 18+

We had such a great time at our special listening room performance from New Orleans based band, Hurray For The Riff Raff, that she’s thrilled they’re back in town this weekend for a special acoustic set at The End.  They’ve been in and out of Music City a few times since last fall and their set last year even made our top shows of 2012. They’ll be strumming along side special guests Becca Mancari & Samantha Harlow for the low price of $10 (in advance here) or $12 at the door. The show starts around 9pm and it’s only for the 18 and over. You can give ’em a listen below.

This weekend is also your last opportunity to get your hoot on at The East Side Hootenanny. This new early summer concert series has brought a ton of energy and excitement to East Park and the final installment includes a stellar bill including Sage & The Saints, Chris Henry, Hayden Forsee, Derek Hoke, Blackfoot Gypsies, and Goodbye June. The fun is free, runs from 4-10pm and promises both beer and food trucks for your refreshing pleasure. Learn more about what the Hootenanny is all about right here.

If you’re more of a Westie but want to get in on the outdoor fun, you can catch the New Belgium Tour de Fat happening in Centennial Park. There will be a costumed bike parade, New Belgium beer samples, a thousand person dance party, as well as performances from Here Come the Mummies and Rayland Baxter. Tour starts at 12PM and goes on until 5PM and best of all, it’s free, y’all! Get mummified right this minute…

After a long weekend of chasing down the musical dream, it’s time for some laughs. The Ryman recently announced that funny man Dave Chappelle will be in town. The Sunday show is sold out, but they keep announcing more follow up dates. The current show with tickets remaining is Monday at 10pm. You can grab those slightly expensive tickets here. The last time we saw Mr. Chappelle someone yelled “Chappelle for president!!” from the crowd. To which Dave responded, “Shit, I couldn’t finish three seasons of cable. You don’t want me to be the president. First sign of trouble, and I would run off to hide in Africa.” Needless to say, if you haven’t seen him, it is hysterical, and you never know when you might get another chance before he runs off to hide in Africa again. You can check out a favorite clip from the much missed Chappelle’s Show below.

We premiered “Heavy Love Pt. 2,” the brand new music video from Tesla Rossa, earlier this week. If you missed that, or its A-side, “Wishes,” for which we also premiered a video, then stop what you’re doing and check them both out immediately! The rockers absolutely brought the house down at their 7″ release show at The Basement recently. In case you missed it, you’re in luck, because the band is playing another local gig this weekend at 3rd and Lindsley, as part of Lightning 100’s Nashville Sunday Night. The Coldstares and The Rouge are set to open, things get rocking at 8PM (doors at 6 if you like being punctual), and you can nab a ticket for just $10 here.

If you’re looking for some indie synthpop goodness, look no further than Small Black at Exit/In. The Brooklynites exploded onto the scene with 2010’s New Chain, and have further sonically and artistically expanded their lush, dreamy sound on their brand new album, Limits of Desire. Accumulating a ton of buzz within the indie scene, Small Black have crafted a sound that is altogether poppy and accessible enough for mass appeal, yet artistically layered and impressively orchestrated. Opening the show is Heavenly Beat, the electro-pop side project of Beach Fossils’ bassist John Pena. Together, the duo make for an impressive, well-paired, Sunday night bill. Grab your tickets here, and get to the show by 9PM!