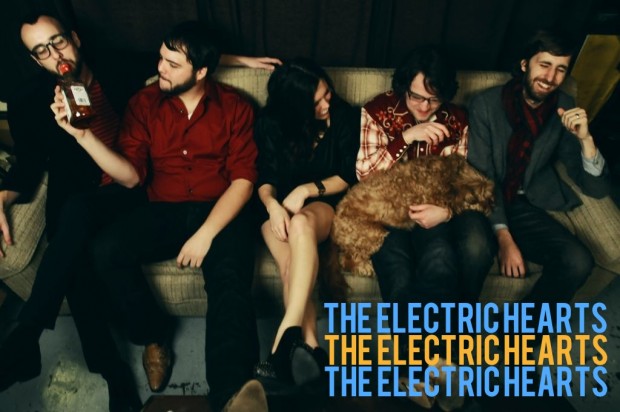 We’ve been long time fans of The Electric Hearts, and were thrilled to hear their newest effort when it hit our inbox a month or so ago.  With the official release happening on Friday (June 21st), The Electric Hearts offered up a free stream of, The Life & Death Of Fritz Pepper, for those of you out there in the internet world.  It’s a bit of a stray from their past self-titled release, but continues to push sonic boundaries for the Nashville group.  We sat down with Hearts drummer, Steve Smith, to find out a bit more about the record.  You can check that out and stream the record after the jump.

While you are giving the new record it’s first spin, mark your calendar for the release show this Friday night over at The High Watt.  Things get started at the usual 9pm with sets from Steelism and Colorfeels.


When did you guys record this record?

The new record was recorded over a week’s time last fall. It was recorded in our rehearsal space by former bandmate Mike Odmark, who has since moved to New York. Mitch Dane took on mixing duties and it’s been in the can since January.

Were there any inspirations or anything that you were trying to do differently?

Inspiration is hard to pinpoint a lot of the time. On the music side, I think everything we listen to seeps into what we are creating on a subliminal level, so it’s hardly a conscious thing when you sit down to start writing. We all have pretty similar music taste and there seems to be a handful of records that always get thrown on when we’re together, so what you hear on this new record is certainly inspired on some level by the records we’ve been listening to together over the last couple years.

You could say this new record is an effort to write “our songs” and lean less on our influences. We’ve been a band for 3 years now so we’re a lot more comfortable together than when we recorded our first record, which we did just months after forming. This record represents us as a collaborative group much more than the first record did. I don’t think we set out to do anything differently on this record. We wanted to represent ourselves and little discussion was had about the kind of songs we were writing.

As far as lyrics, those were inspired by what was going on in our world at the time (primarily Jessica’s world), as well as looking back at those pivotal events from growing up that shaped our lives.

Who is Fritz Pepper, and how did he become the inspiration for the album?

Fritz Pepper was a spirit guide that appeared to the band one night when we were trying to summon ghosts after a few too many beers. We named the record after him in hopes of freeing his spirit into the next life.

The way the record starts off with “Machine” is a bit of a departure from your past songs. It’s a lot more electronic and honestly blew me away upon first listen. Was there some inspiration behind that?

The first song (Machine) went through a couple arrangements before we settled on the version you hear on the record. It initially started out as a borderline punk rock song. As the song grew we knew we wanted the whole thing to be a build-up to an explosive ending so we focused more on changing dynamics throughout, trying to make the verses breathe while hinting at something bigger in the spaces between.

I don’t think any of us really expected adding electronic elements to the song until after we had most of the song tracked. That was all a bit of creativity in the studio, led by Mike Odmark. When we had previously played the song live Mike played keys, but we decided to ditch that for a second guitar part. There were still gaps that needed to be filled in the song so we started experimenting with an Omnichord and creating some loops out of some trippy guitar things that Sammy was doing. In the mixing phase Mitch Dane tweaked the kick drum to make it sound more electronic and it just all fit together nicely.

What’s next for you guys?

We’re buying a new van at the end of this month so we’ll be touring a lot at the end of the summer and through the fall. We’re always writing so whenever we feel ready we’ll head back to the studio to knock those out (hopefully in the fall).

Great job on the new record! We look forward to more shows this summer from The Electric Hearts!!