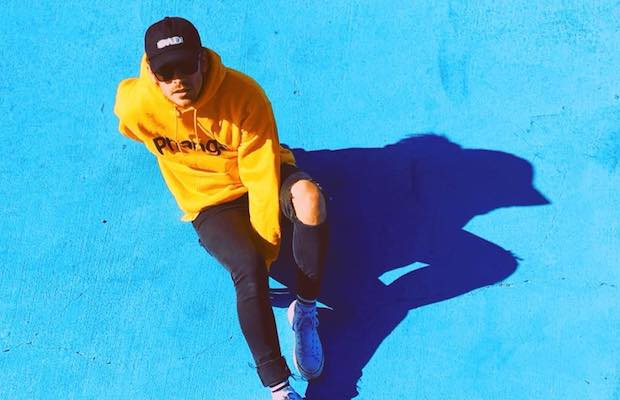 After releasing two EPs, Happy Season and N°1 Loves You, in 2018, Phangs drops his first entry of 2019 with magnetic breakup anthem “Au Revoir.” The track shows off laid back synths, icy cool guitars, and ultra catchy hooks. Produced by Nashvillians and site regulars Jon Santana and Brett Truitt, “Au Revoir” is made for throwing up the deuces and dipping out.

“Au Revoir” is Phangs’ first release on British music producer and songwriter Alexander “Alex da Kid” Grant’s KIDinaKORNER label. “’Au Revoir’ is essentially a break up song. But it feels like more to me,” says Phangs’ Jake Germany. “It’s a song about taking control of a situation and moving forward without allowing yourself to look back. It’s about empowerment.”

The track came together fluidly among Germany, Santana, and Truitt. Phangs says, “It was such a fun song to write because my friend Jon Santana sent me a snippet of just the guitar part in the chorus saying that he worked on it with Smallpools, and they didn’t end up using it. And on the second listen to it, I mumbled the ‘So long, Au Revoir’ hook and then finished the chorus on the third listen through. It just naturally came together. I went to my producer Brett Truitt in Nashville and finished the rest of the song the next day.”

This year, Phangs has been splitting his time among Nashville, Texas, and the road for tour dates. The next chance to catch the performer live is when he’s in town to open for Mystery Skulls at The High Watt on July 9. For now, listen to “Au Revoir” below!