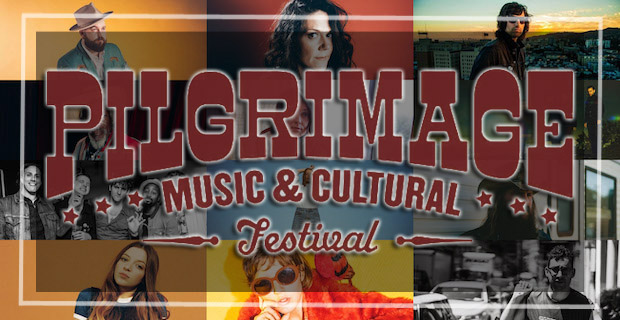 We’ve been buzzing about it for months, and the week has finally arrived, as we prepare to head to Franklin’s Park at Harlinsdale this weekend, Sept. 22 & 23 for the fourth annual Pilgrimage Music & Cultural Festival. We had a blast at years one, two, and three, and with an expanded lineup, new performance areas and amenities, and additional changes and improvements for 2018, this year’s installment promises to be the biggest yet. With around 70 acts, both local and national, slated to perform across half a dozen stages and performance areas over two days (not to mention a kids stage), plus local artisans and vendors, Pilgrimage is a community-rooted fest designed for music lovers of all ages and walks of life, and we feel incredibly happy to have such a great, growing event in our backyard. With a variety of ticket options still available here, it’s not too late to make it to this wonderful event, and as we do each year, we wanted to help those attending make the most of the weekend with our handy festival guide, highlighting our top 12 artist picks, from a variety of stages, broken down for each day of the fest. We already helped you get you ready to make the Pilgrimage with our Saturday guide. Rounding things out, check out our 12 most-anticipated Sunday performers below!

Though she’s the daughter of famed singer-songwriter John Hiatt, eclectic East Nashville rocker Lilly Hiatt has, for years, been carving out her own musical niche, which culminated most recently in last year’s stellar third full-length, Trinity Lane. Born in LA, though raised in Nashville since childhood, Hiatt took up music in her teens, and formed a band, Shake Go Home, while attending school in Colorado, eventually moving home and launching a solo career, building on a love of ’90s alternative to hone a style that sounds equally garage rock primed as Americana influenced.

It’s been nearly 20 years since singer-songwriter Pete Yorn released his debut LP, Songsforthemorningafter, to breakout, international acclaim, earning praise for his folk-infused alt rock sound, and positioning him as an instant star. In the years since, Yorn has continued to hone his craft, releasing a string of eclectic, diverse, and well-received efforts, including a few collaborations with Scarlett Johansson, who he teamed up with most recently this year’s Apart EP. A seasoned and accessible performer with mass appeal, Yorn is primed for festivals and must-see act.

Born in raised in Bernice, Louisiana, blues and soul singer Robert Finley is the latest in a trend of talented artists who found his audience later in life. Though he honed his guitar skills and found inspiration from blues and gospel at a young age, Finley spent many years playing for fun and semi-professionally, opting to return to music year later, where he was met with positive praise, prompting him to release a debut LP, Age Don’t Mean a Thing, in 2016. Soon dubbed “the greatest soul singer alive” by Dan Auerbach, who signed him and produced his newest LP, Finley is an inspirational, one of kind talent.

What initially began as a solo vehicle for frontman Ben Schneider, LA indie folk outfit Lord Huron quickly generated buzz for their early work and debut full band album, Lonesome Dreams. Envisioned as a sort of artsy, wistful, urban cowboy aesthetic (a motif they’ve evolved beyond), the band have always meticulously matched their image to their sound, which, across two more full-lengths, most recently this year’s Vide Noir, has explored some unexpected and expansive territories. We’ve watched this group grow from the earliest days, and no matter the size of the stage, they’re always a magical experience.

LISTEN | “Ends of the Earth”

Formed in 2010 by frontman Adam Weiner, Philly rockers Low Cut Connie are renowned for their wild, unpredictable and raucous live shows, drawing comparisons from to everyone from Jerry Lee Lewis (for Weiner’s wild piano playing) to the Replacements (for their earnest writing style and on stage antics), adopting a sort of retro rock informed sound with modern sensibilities, which has enabled the band to brush shoulders with the likes of The Dap Kings, Gene Ween, and Tune-Yards, and even catch the attention of President Obama, who added them to his personal playlist.

Buzzy rising pop singer Maggie Rogers has been entrenched in and passionate about music from a young age, having self-released her first album in her teens, and spent years working on honing her craft. It was 2016 track “Alaska,” however, that helped bring her to national prominence, after a video of Pharrell Williams’ emotional reaction to the tune went viral. Inking a deal with Capitol, Rogers released her first major EP, Now That the Light is Fading, last year, and thanks to her soulful, electro-infused, pop accessible sound and powerful voice, has been rising in recognition ever since. It’s impressive to see her with such high billing already, but it’s certainly well-deserved!

Born and raised in Kentucky, breakout country star Chris Stapleton moved to Nashville a number of years ago, fronting bluegrass group The SteelDrivers for a stint and finding success as a songwriter, before being met with massive acclaim for his Grammy winning 2015 solo debut, Traveller. The few years since have been a whirlwind, with two celebrated followups, From a Room: Volume 1 and 2 released last year, and Stapleton is now a well-deserved star, a beacon of the genre, and a household name, bolstered by associations with pal Justin Timberlake. After playing year one, it’s cool to see a local talent return to headline, and while a JT cameo isn’t a guarantee, if it was going to happen this weekend, this would definitely be the set.

While she only made her debut with last year’s buzzed-about Something American EP, and more recently turned heads with a string of new singles, London’s Jade Bird, a 20-year-old self-described army brat, is already seeing her name tossed in among some musical greats. Crediting a lifelong love of powerful songwriters, and the prevalent influence of strong women- her young mother, grandmother, and then early musical role models likes Alanis Morissette and Loretta Lynn- Jade found her way into the folk and Americana sphere through The Civil Wars, Chris Stapleton, and aforementioned Lynn, and while she’s certainly been buzzed about in that musical scene, perfectly falling into an American-esque style like fellow Europeans First Aid Kit, Jade seems primed for broader crossover success. Get to know her now, and thank us later.

When Caroline Rose first came onto our radar, with the release of her 2014 debut LP I Will Not Be Afraid, we counted her as a promising, albeit fairly conventional, alt-country and Americana rocker. With her brand new sophomore LP, LONER, Rose bucks everything she previously established, and reinvents herself as a sarcastic, ambitious, self-assured, quirky, and genre-defying rocker, exploring pop and punk and synth rock and indie with a personal, darkly funny, raw, and unique flair. Though, from the outside, her new direction seems like a total metamorphosis, Caroline maintains that it’s merely an organic and necessary reflection of growth and life changes of the past few years, something that had been bubbling up for ages, and finally manifested as music that better expresses her personality. Either way, we can’t get enough, and this dynamic and talented up and comer is, for our money, one of the most exciting performers of the whole fest!

Though, undoubtedly, Jack Antonoff’s introduction to many came thanks to his role as 1/3 of breakout indie pop outfit fun., the prolific New Jersey artist’s career dates back much further. Antonoff cut his teeth in the Garden State’s rich punk scene, dabbling in a variety of projects before forming Steel Train, his first group to achieve widespread attention, while still a teenager. Over three albums and constant touring, the folk-tinged indie group flexed Jack’s range as a frontman, though after the unprecedented attention of fun.’s sophomore effort, Some Nights, Antonoff’s role as guitarist and co-writer for the band briefly became his apparent sole focus. Created first in secret, Bleachers began as a solo creative outlet for Antonoff while on the road with fun., and debut LP Strange Desire was largely recorded throughout 2013 before the project was formally unveiled in early 2014. Jack has always been hesitant to call it a “side project,” as he views no one vehicle as his main or secondary focus, but as Bleachers’ prominence has continued to rise, and fun. have largely gone dominant since announcing an open-ended hiatus in early 2015, it seems to be his sole gig these days, aside from prominent production work. Last year, Bleachers released their highly-anticipated sophomore effort, Gone Now, further building and expanding on the slick, retro, indie/synthpop sound of the project’s debut, packing in the huge hooks, unabashed love for anthemic pop, and indie rock cred that quickly made the band so beloved. Maybe an oddball on the Pilgrimage lineup as a whole, Bleachers are, for our money, Sunday’s most essential act!

LISTEN | “I Wanna Get Better”