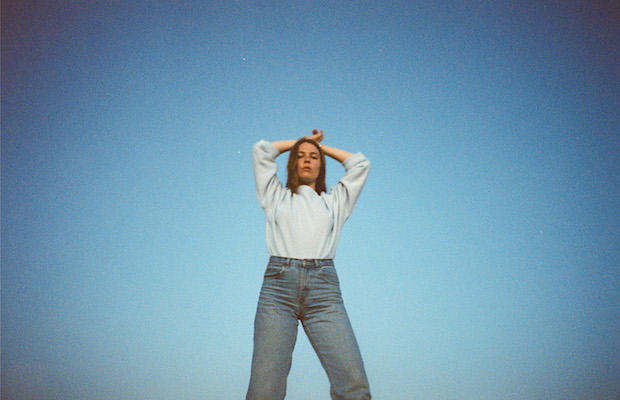 After thunderstorms forced an early end to Franklin’s Pilgrimage Fest yesterday afternoon, then news came this morning that day two would be canceled as well, citing unsafe conditions and continued threat of inclement weather (all a bummer, but you can’t control the weather… we’ll have more coverage of the fest up shortly), we immediately wandered and hoped for some of the planned performers to find last minute shows around the area. The first to do so so far is a last minute show we’re particularly excited about: pop singer Maggie Rogers has just announced a performance  tonight, Sept. 23 at The Basement East, along with Caroline Rose. Both artists were among our 12 can’t-miss acts today at Pilgrimage, and given their buzz, we don’t expect tickets to last- grab ’em here for just $10!

Buzzy rising pop singer Maggie Rogers has been entrenched in and passionate about music from a young age, having self-released her first album in her teens, and spent years working on honing her craft. It was 2016 track “Alaska,” however, that helped bring her to national prominence, after a video of Pharrell Williams’ emotional reaction to the tune went viral. Inking a deal with Capitol, Rogers released her first major EP, Now That the Light is Fading, last year, and thanks to her soulful, electro-infused, pop accessible sound and powerful voice, has been rising in recognition ever since. She was slated for a mid-afternoon main stage set, so getting to see her in an intimate spot like The BEast is a pretty amazing treat, and certainly a bit of consolation for the festival being rained out.

When Caroline Rose first came onto our radar, with the release of her 2014 debut LP I Will Not Be Afraid, we counted her as a promising, albeit fairly conventional, alt-country and Americana rocker. With her brand new sophomore LP, LONER, Rose bucks everything she previously established, and reinvents herself as a sarcastic, ambitious, self-assured, quirky, and genre-defying rocker, exploring pop and punk and synth rock and indie with a personal, darkly funny, raw, and unique flair. Though, from the outside, her new direction seems like a total metamorphosis, Caroline maintains that it’s merely an organic and necessary reflection of growth and life changes of the past few years, something that had been bubbling up for ages, and finally manifested as music that better expresses her personality. We ranked her as today’s most most essential Pilgrimage set after Bleachers, so her addition to this bill is beyond thrilling, and we encourage you to arrive early!