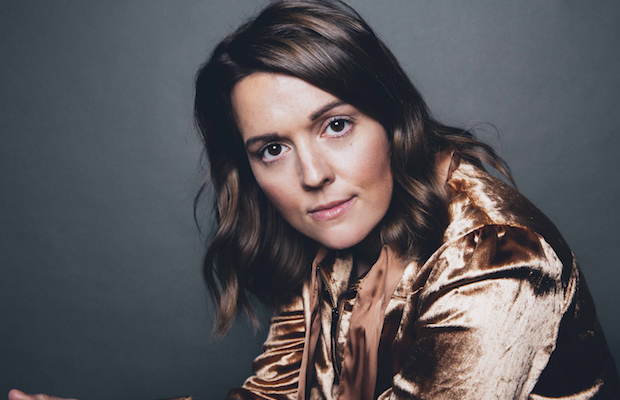 On the heels of Maggie Rogers’ last minute Basement East show with Caroline Rose, additional artists are announcing makeup appearances tonight in the Nashville area, in light of Pilgrimage Festival’s unfortunate Sunday cancelation. The latest exciting surprise performance to pop up is none other than beloved folk singer Brandi Carlile, who will play tonight, Sept. 23 at City Winery with British rising star Jade Bird and breakout indie folkster Courtney Marie Andrews, the latter of whom actually did manage to perform yesterday at Pilgrimage as planned, but is stellar nonetheless. These tickets are going to be tough to snag, but you can try your luck right here!

In addition to Bird and Andrews, Carlile announced on Instagram that many other artists were expected to join in to jam for her set, including Maggie Rogers and Caroline Rose after their Basement East show, with Carlile also specifically mentioning Ruby Amanfu and hinting at Valerie June, Margo Price, and more with tags. Not a bad consolation, as far as we’re concerned.

And while she only made her debut with last year’s buzzed-about Something American EP, and more recently turned heads with a string of new singles, London’s Jade Bird, a 20-year-old self-described army brat, is already seeing her name tossed in among some musical greats. Crediting a lifelong love of powerful songwriters, and the prevalent influence of strong women, Jade found her way into the folk and Americana sphere through The Civil Wars, Chris Stapleton, and aforementioned Lynn, and while she’s certainly been buzzed about in that musical scene, perfectly falling into an American-esque style like fellow Europeans First Aid Kit, Jade seems primed for broader crossover success.

Arizona born, LA based singer-songwriter Courtney Marie Andrews has been honing her sound since her debut LP a decade ago, cutting her teeth touring as a backing player for acts like Jimmy Eat World and Milow, before finding broad attention for her excellent 2016 fifth solo LP, Honest Life. The last couple of years have seen Andrews’ presence rise at a swift pace, with her latest and best album, this year’s folk and Americana infused earnest effort May Your Kindness Remain, attracting an endless stream of well-deserved critical praise. Be sure to arrive early, because all of these performers are amazing (and are were on our must-see festival guide)!

Brandi Carlile, Jade Bird, and Courtney Marie Andrews will perform tonight, Sept. 23 at City Winery. The show is all ages, begins at 8 p.m. (doors at 7 p.m.), and tickets are available to purchase for $25-30.