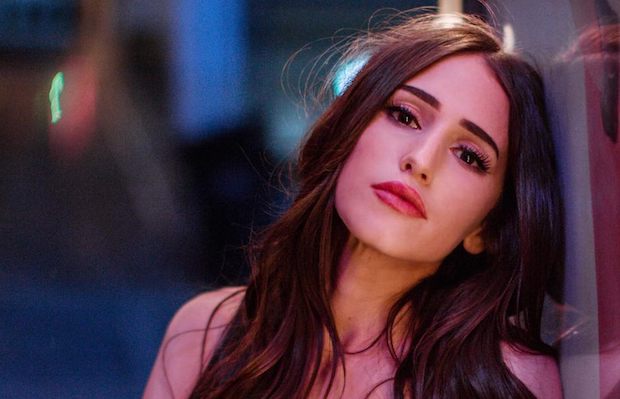 “This song is so real it hurts,” local singer Mindy White posted last week, upon the release of her second track as a solo artist, “Lost You in the Summer,” a stellar followup to last fall’s shimmering, electro-infused debut, “Lifted.”

Continuing a turn towards a more contemporary, layered, unabashedly pop direction, White’s latest tune was helmed by the incomparable Jon Santana, a producer responsible for so much of our favorite music that’s come out of Nashville’s incredible pop renaissance of the last few years.

After joining beloved Arizona indie rock outfit Lydia more than a decade ago, at only 18, then departing to form supergroup States with (then-former) members of Florida indie mainstays Copeland, White has always been an artist both tied to her well-received projects, and heralded apart from them, despite finally stepping out solo just last year (the occasional cover song notwithstanding).

Nearly five years removed from States’ second LP (the rest of the band have since gone on to reform Copeland), and after taking a bit of a breather from the musical career that consumed much of her young adult life, Mindy is finally making moves to change that, adopting an earnest, lush, and gorgeous style of pop, ahead of her debut solo album, currently in progress.

Though not out of place in Nashville’s booming pop landscape, at home with the likes of CAPPA, REMMI, and Daniella Mason, as we said last fall, White’s approach certainly feels informed by her years on the road fronting rock bands, and places her powerful vocal prowess front and center, giving her a unique and compelling sound which sets her apart from her many pop peers. A Nashville resident since childhood, it feels especially fitting to see Mindy ascend the ranks as a solo artist in the local scene, after many years of being associated with acts with a broad geographic spread.

While “Lifted” came across a bit more carefree and lighthearted, chronicling the feeling of infatuation and youthful abandon, elevated by hypnotic and catchy production, “Lost You in the Summer” is a much more melancholy and introspective tune, its darker and more atmospheric mood matched with lyrics of loss, navigating the dissolution and unrequited nature of love, and working through the messy emotional aftermath. “Loving you was easy, but losing you kills,” White sings, with a gut-punch delivery and resonance that really hits hard and sticks with us. If it wasn’t clear before, it should be by now; Mindy White is one of Nashville’s next electro-pop greats, and you should absolutely be glued to what comes next.

Hear “Lost You in the Summer” below, and keep an eye out for more from Mindy White soon!