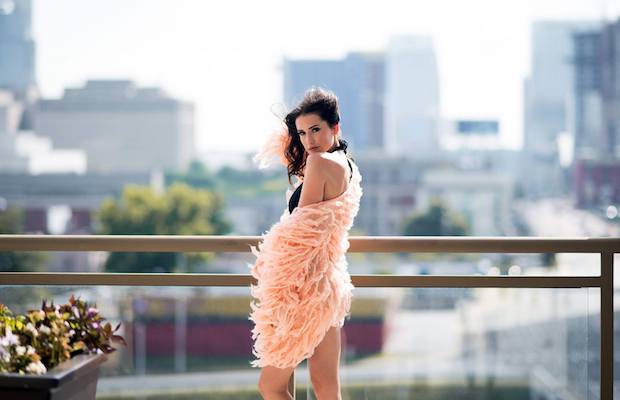 Since joining beloved Arizona indie rock outfit Lydia a decade ago, at only 18, then departing to form supergroup States with (then-former) members of Florida indie mainstays Copeland, local singer Mindy White has always been an artist both tied to her well-received projects, and heralded apart from them, despite never really stepping out solo (the occasional cover song notwithstanding).

Nearly four years removed from States’ second LP (the rest of the band have since gone on to reform Copeland), and after taking a bit of a breather from the musical career that consumed much of her young adult life, White is finally ready to change that. Embracing a shimmering, contemporary, electro-infused, and unabashedly pop direction, Mindy’s first proper solo single, “Lifted,” finds the singer decisively drifting away from her rock roots, with spectacular results.

Though not out of place in Nashville’s current booming pop landscape, at home with the likes of CAPPA, REMMI, and Daniella Mason, White’s sound certainly feels informed by her years on the road fronting rock bands, and places her powerful vocal prowess front and center, experimenting with speak-singing a la Lana Del Rey and booming, dreamy, choruses that rival anything on pop radio. A Nashville resident since childhood, it feels especially fitting to hear Mindy confidently claim her place as a solo artist in local scene, after many years of being associated with acts with a broad geographic spread.

On the new tune and emerging from her hiatus, White posted in a statement: “This is the first song that I wrote over the last few months and finally recorded. I’ve always had a band and team to do this with—people just as invested as I am in the music to encourage me, help execute, and promote. This time I am doing it all on my own. It’s been terrifying, exciting, nerve-wrecking and exhilarating all at the same time. ‘Lifted’ is a song about love and that feeling of being high on someone. I hope you love it and add it to all of your playlists and share it and sing along with it in your car so loud like no ones watching (…they are though).”

Hear “Lifted” below, and keep an eye out for more from Mindy White, as she prepares her full-length debut for a planned 2018 release.