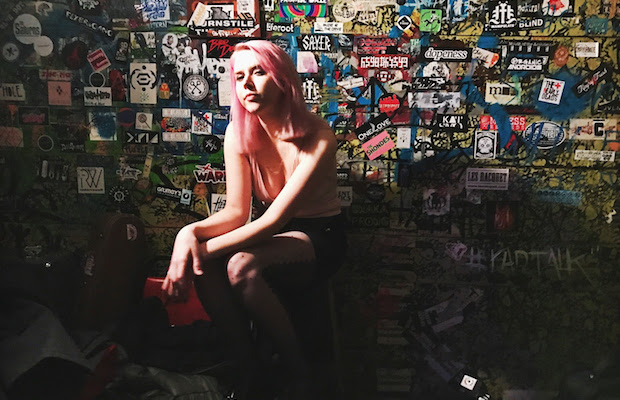 We’ve had our eye on local alternative rocker Lauren Strange for a number of years now, and have followed her since she began releasing records starting back in 2010 with her band The Pretty Killers.  Lauren is gearing up to release a new EP, SALT, this Friday, Nov. 9 under her own name, and based on the lead single, “Good Person,” it’s one that you are going to want to spend some time with.  To make the new record, Strange teamed up with songwriter and producer Tony Smith (SLEEPER/AGENT) to record the latest effort, which also features Lincoln Parish adding some final touches on guitar.  The resulting EP sees Lauren veer a bit away from the tough alternative swagger of her previous efforts, and opens up a bit with just a touch of pop to brighten up her stellar songwriting and crunchy guitars.

Lauren Strange will be celebrating the release of SALT this Saturday, Nov. 11 at Radio Cafe.  The show starts at 9 p.m. with performances from Lions After Dark and Spero, and Lauren will wrap the evening performing the new EP in its entirety.  Tickets are just $5, and you can find out more info and RSVP here.