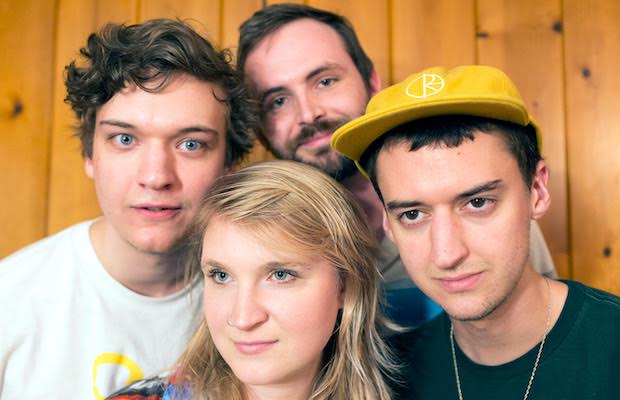 Local synth-soaked garage rock/indie pop outfit Only have been a growing fixture in the Nashville scene for several years now, increasingly popping up on DIY bills, and making a splash with last year’s Language EP, following several years of singles and demos. Formed in early 2015, the band were originally a trio, made up of brothers and lifelong collaborators Bryan and BJay Moore, and Bryan’s college friend and bandmate from prior projects, Evan Hickman. Enlisting Josephine Moore (no relation to the brothers) after briefly backing her solo project, Only’s lineup was cemented ahead of Language, and the group have since been working on their debut full-length, due out later this year.

We’re thrilled to bring you a first taste of Only’s forthcoming LP, with brand new single “Jerk,” which the band describe as “an ode to the cyclical nature of communication (and the breakdown thereof) in a relationship,” continuing, “The almost cartoonish vocal dynamism is an attempt to capture the redundancy and sometimes comical futility of those arguments we’re never quite done rehashing.” A shift from the synth-heavy tones of their last release, “Jerk” hints at a more conventionally rock direction with plenty of fuzz and even a hint of pop punk, leaving of eagerly awaiting the reset of the album.

Hear “Jerk” below, stream it everywhere on Friday, and keep an eye out for more from Only!