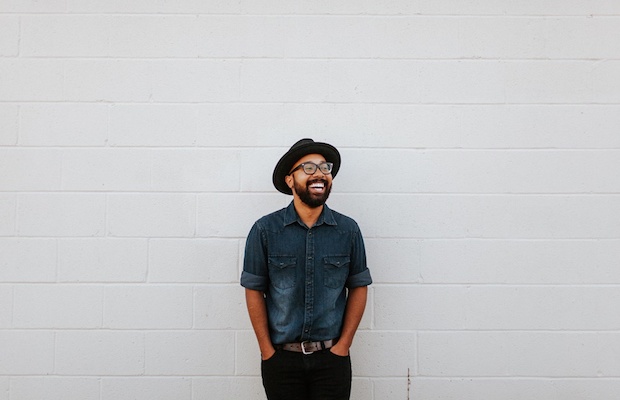 We’ve been tuned onto the musical talents of Indiana transplant Joel Levi for a while now, and the last time we caught him live, we couldn’t help but notice some tremendous lyrical growth on his new songs. That’s not to say he was lacking before, but Music City has a knack for rubbing off on artists, thus helping them to step up their game to ever higher levels. It also helps to be born with a natural gift for songwriting, which Joel certainly was.

With his new self-titled record on deck for a May 4 release, we’ll all be able to enjoy an album’s worth of the sensational new martial as we roll into the summer. The first new single, “Will We Ever Change?,” was an honest glimpse at a life rife with marital dispute, and how the narrator finds release. Now Joel is ready to unveil more of what he’s been working on with our exclusive premiere of new single “Middle of Everywhere,” which has a more windows down, summer road trip aspect to it.

“It’s got a lot of early ’90s Petty vibe to it,” Joel explained via e-mail. “‘Middle of Everywhere’ is a song about longing. When you’re out on the road playing shows, you can really miss home. I wanted to write a song that captured that feeling, but also still had a positive edge to it.”

With his Springsteen-esque ability to write true, red blooded American-feeling characters, into folk/Americana inspired rock arrangements, we think he’s describing his sound pretty near spot on. Of course you don’t have to take our word for, because you can see him for yourself locally this spring before he embarks on a southeast summer tour, and midwest tour this fall. Details on a Nashville record release show are still in works, so stay tuned for that, but until then, jam out to “Middle of Everywhere” below!