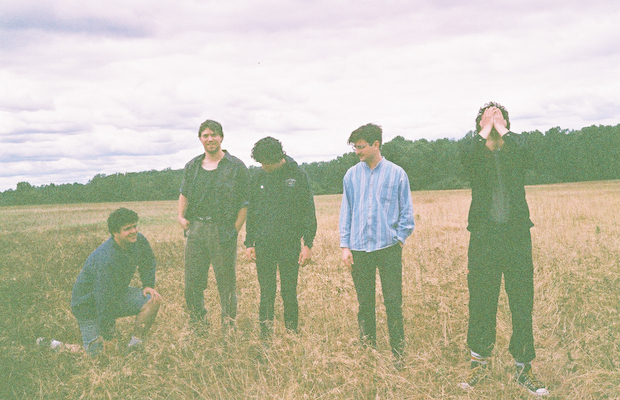 One of the best bands to emerge from the underground garage rock scene in recent years, Chicago’s Twin Peaks only released their debut less than five years ago, but already feel like a familiar, accomplished, and proven musical force, thanks to a relentless tour schedule, several more excellent albums, and the chops to back up their reputation for bridging classic garage and punk influences with modern indie rock. Returning to Nashville for the first time since 2016, the buzzworthy group are set to play The Basement East for the first time on March 30, with support from rising Philly indie rock outfit The Districts and local faves Chrome Pony. One of the most essential rock shows of the spring, tickets are still available right here, and we recommend you grab ’em while they last! Or, if you’re the gambling type, we’re also giving away a pair of tickets to one lucky fan. Read more about the lineup and enter for a chance to win below!

A important addition to the young, electrifying, fuzzy, punk-tinged garage rock scene (see: most of the Infinity Cat roster, The Orwells, Ty Segall), Chicago’s Twin Peaks have been on our radar since their buzzworthy home-brewed debut, Sunken, which lit up of the blogosphere in 2013, and helped the young band, several members of which have been friends since elementary school, break out of the buzzy DIY Chicago scene and onto the national radar. A near-perfect blend of ’60s garage rock and modern punk, the group, who formed in high school, attended college together, then subsequently dropped out to support their first LP, have an unpretentious, relentless energy about them, and an eclectic vibe which sets them apart from their numerous peers. Around the time of their sophomore album, 2014’s Wild Onion, Twin Peaks began appearing at more high-profile festivals, and earned an increased wave of critical praise for their seamless ability to blend a retro sound and carefree Replacements-esque aesthetic with a honed and contemporary style, enhanced by their relentless and formative tour schedule. 2016’s Down in Heaven only served to further showcase the band’s growth (though not in a cliche, “we’re in our mid-20’s now” way), and last year they undertook one of their most ambitious projects yet, releasing two songs each month through throughout the latter half of the year as part of a series dubbed Sweet ’17 Singles.  A powerhouse live force, Twin Peaks have impressed us countless times in both intimate rooms and on huge festival stages, and for their first Nashville show in more a year, we couldn’t be more excited to catch them at The Basement East.

Formed in 2009, Philadelphia’s The Districts have grown from promising indie rock newcomers to staples of the scene, honing their impressive, genre-bending sound and amassing ever-growing buzz across three full-lengths. The young group were still in high school in small town central PA when they first came together, soon self-releasing a string of EPs and their debut full-length, Telephone, all the while forging their presence in concert and attracting attention throughout the blogosphere. By sophomore effort A Flourish and a Spoil, the band had inked a deal with taste-making indie label Fat Possum, and were beginning to make make high-profile festival appearances and land national tours, all the while perfecting their fusion of indie, garage rock, shoegaze, and beyond. And while Flourish helped put them on the map, The Districts have one-upped themselves with their latest, last year’s Popular Mechanics, helmed by producer John Congleton (St. Vincent, Kurt Vile) and record in LA. Their most ambitious and expansive effort to date, the record displays a broader, more nuanced emotional range and musical adventurousness, and would have been seriously huge had it come out during the indie rock boom of last decade. An energetic and engaging live force, The Districts are a band best experienced in person, so don’t skip on their supporting set.

A longtime site favorite, locals Chrome Pony are a staple in the Nashville scene, and have been frequent performers at our Acme showcase series, as well as the go-to opener for exciting shows like this one. Founded by Indiana-bred brothers Tyler and Kyle Davis, the group pull influences from psychedelic, punk, garage, and good old fashioned rock and roll, culminating in a fantastic, fuzzy, and fiercely original voice of their own. Chrome Pony’s latest EP, Past Lives, dropped in 2016, so we should be due for some new jams soon.

Winner will be announced Wednesday, March 28 at 5 p.m. CDT, and will receive one pair of tickets. Good luck!