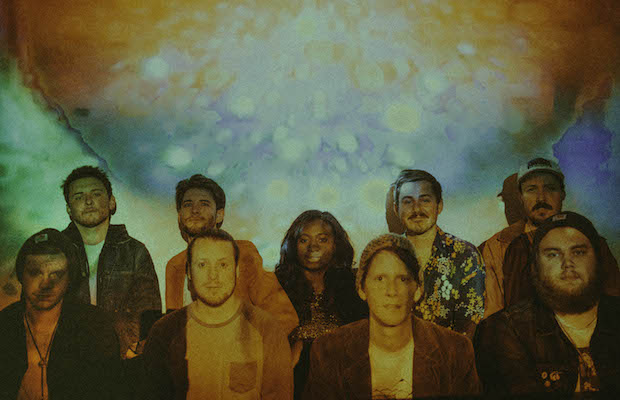 Building a strong local following one show/dance party at a time, genre bending collective LUTHI (fronted by Christian Luthi) have been hard at work in the studio since the release of their stellar EP, Home Again, back in 2016. Their frenetic indie pop-rock sounds have been in heavy rotation with us for several years  now, so we’re as stoked as anyone to get word that there are very near finished tracks waiting to be unleashed.

“This new record is about to have all the folky-funky-interplanetary vibes,” Christian tells us. “The crew started the recording in Denver with Steve Voss and worked through mixing here in Nashville with Nick Curtis. It’s an eclectic mix of old school and new. There’s a little something for everyone.”

Based on everything we’ve heard from him and his crew so far, the new material will be just as groovy and dance ready as the rest. Best part of all? You don’t have to wait any longer than tonight, March 22 to see for yourselves what we have been raving about. Catch LUTHI performing two sets at The Basement, with DJ sets from KiND and Kevin Kendall before and after the first LUTHI performance. You get all this awesome for just twelve beans, but be sure to wear comfortable shoes, because you will definitely wanting to bust a groove!

LUTHI will perform two sets tonight, March 22, at The Basement with DJ sets from KiND, and Kevin Kendall in-between. The show is 21+, music begins at 8:30 p.m. (doors at 8 p.m.) and tickets are available to purchase for $12.