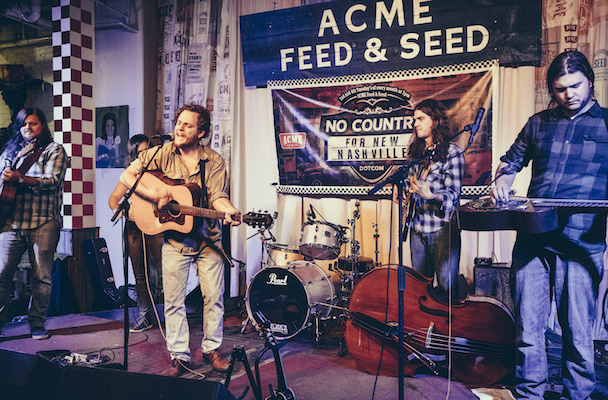 Our long-running, free, bi-monthly Acme Feed & Seed showcase series recently wrapped up another great season. For our Nov. 28 installment, we were pleased to welcome acoustic roots music collective My Politic, along with country fried blues performers Anthony Adams & The Nite Owls, and we kicked the night off with powerful Americana rocker Joel Levi. Read on for a full recap, and check out some great shots from contributing photographer Jake Giles Netter.

After returning to Music City after some holiday time spent with family, I was eager to get back on track with my writing schedule. I made my way down 1st Avenue, walking towards the corner at Broadway a little slower than usual, thanks to my holiday eating schedule. I entered, a little short of breath, and parked my keister at the far bar. 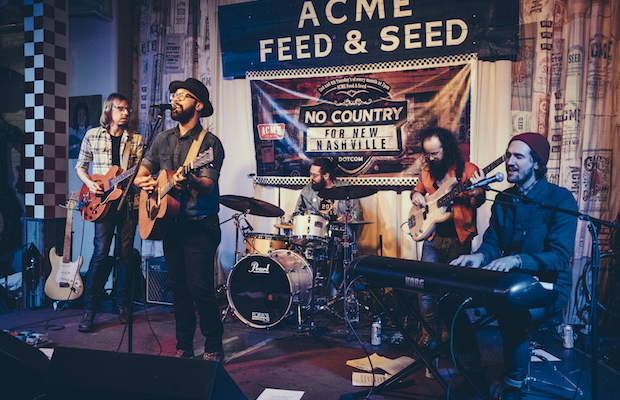 I’d seen our first act, Joel Levi, perform once before several years ago, and had been pretty impressed. One of the many cool things about this job is the opportunity to see a musician’s progression, no matter how talented initially, from one show to the next. Joel was certainly no exception, and from the very first song I could tell he was much more confident than before, commanding the stage like a vet. Compared to my first encounter, he had a newfound toughness; a gritty quality to his voice and song writing that hadn’t been there before. I remember him being a little bit more happy-go-lucky before, which was fine, but now there was a much more intense gravitas and depth to him that commanded everyone’s attention. His music has a Wallflowers meets The Heartbreakers Americana feel, that is both powerful and effortlessly natural at the same time. As if on cue, they broke into a splendid cover of Tom Petty’s “Won’t Back Down” that most of us ended up singing along to. Of the stupendous original songs that he performed, it was a slower number, entitled “Easy To Be Alone,” that stuck out the most. All in all, Joel is fast becoming on of my favorite local performers and I look forward to catching him again in 2018. 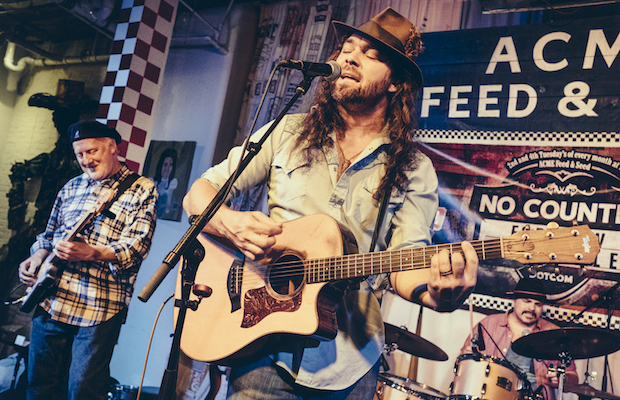 Our second band was led by Anthony Adams, whom I’d met at Pilgrimage Festival back in September. Immediately impressed by the work he’d sent me via e-mail exchanges, I was looking forward to seeing him perform his wares live, with his backing band The Nite Owls. Anthony and his crew would not disappoint, kicking out the blues inspired alt country jams that kicked the crowd up another notch. Incorporating some slide guitar, and Anthony’s perfectly smoked and growling vocal, the songs were packed with the new Nashville sounds (see Jason Isbell, Margo Price, Sturgill Simpson) that this writer is growing to love more and more by the day. All the original work they performed from his self-titled debut record was on point, and when they broke into a cover of Bob Dylan and The Band’s Last Waltz classic “I Shall Be Released,” the chills came in waves. They even mixed in some reggae vibes at times, touching a lot of bases in their tour de force performance. 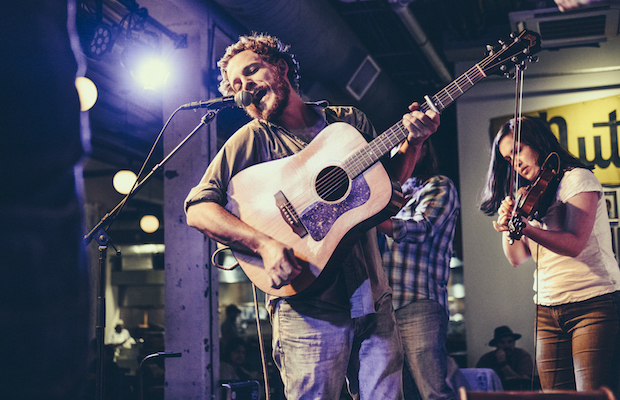 Closing out the showcase were five person acoustic ensemble My Politic, whose mix of folk lyrics, bluegrass speed, and rock swagger was a very nice breathe of fresh air. Considering themselves more a community than a band, they had great chemistry, and played off one another very well, like all good bluegrass inspired acts do. One got the impression there was also an element of improvisation to their performance that came across as effortless and natural. I recognized some songs from their debut studio record, 12 Kinds Of Lost, and even though they sounded great in recording, there is always something about seeing it live that gives it, well, new life! It felt more like a picking party held in someone’s living room than a stage performance, and we were all  their welcomed guest. Adding to that homey feel, I was just waiting for someone in the crowd to grab a washboard or or something and join right in. A little bit Old Crow Medicine Show and a little bit Dave Rawlings Machine, My Politic show immense potential for a relatively new local band, and I will most definitely be looking to catch them on more bills around town any chance I get. While you’re here be sure to check out the photo spread from the evening’s performances, and be sure to stay tuned for more information on future showcases!