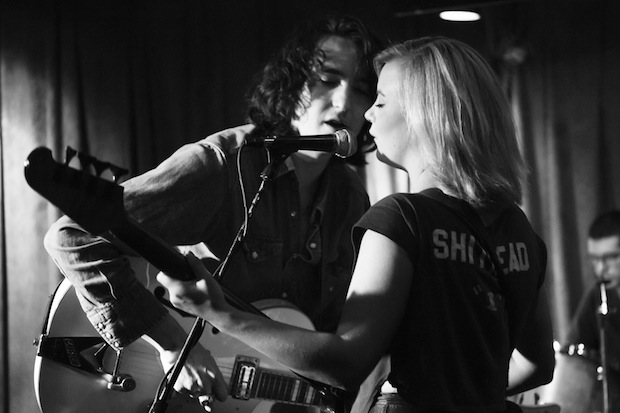 As of late, The 5 Spot has been coming with the best lineups in town for the your low-budget bucks. They hosted two shows this past weekend for under $8, the first, on Thursday, featuring residents and indie blues rockers Twiggs, psychedelic Americana jamsters Holy Ghost Tent Revival and another Nashvillian, singer songwriter/front man Joel Levi and his band.

Yet another great night of music that you probably missed, judging by the crowd size, but epic nonetheless! Not all weekend rock that glitters is gold. Look for diamonds in the rough during the week, we do. Read on for full details about one such diamond of a show, and enjoy some amazing photos from contributing photographer Matt Cairns. Most importantly, next time we tell you about a great show don’t just pass on it because you work in the morning. In Music City, the musicians never sleep, and neither do their tunes.

Arriving early for maybe the third time in my life, I met my photographer at Red Door Tavern and we chopped it up over some beers. It was our first assignment together, but I could tell right from the start that we’d work together just fine. After closing our tabs, we made our way to The 5 Spot for the first band. 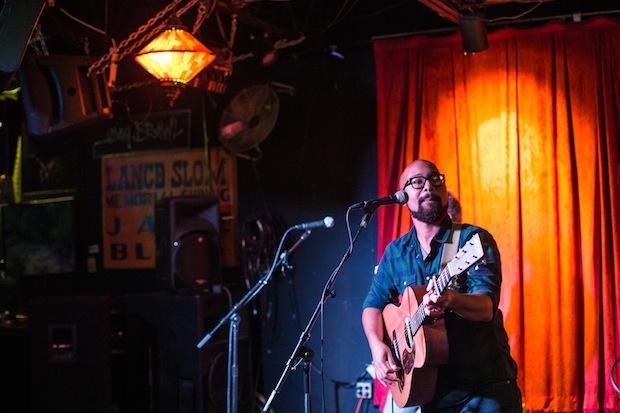 Hailing from Anderson, IN, originally, Joel Levi and his band now call Nashville home. He had a warm and inviting presence on stage and grabbed our attention immediately. We ordered some drinks and with little or no to do as Levi started his set. He has a smooth voice that is apt for a lot of genres, and it worked wonderfully with his acoustic Americana rhythm guitar and electric indie riffs from his lead guitarist.

They kind of reminded me of a David Gray type sound, albeit with American accents rather than British. They played an inspired Van Morrison cover, “Into the Mystic,” and slowed it down with my favorite original song of the set “Easy to Be Alone.” After they’d finished, we chatted with Mr. Levi about life, music, and about the band’s new album, available now, entitled Rangeline. We wished him well on the road, which they would call home for the next several weeks.

Soon it was time for the band I’d really came to see. Holy Ghost Tent Revival are an awesome, brass infused, psychedelic, Americana jam band hailing from one of my all-time favorite cities, (that isn’t Nashville) Asheville, NC. Do yourself a favor and visit, especially if you like good craft good beer. 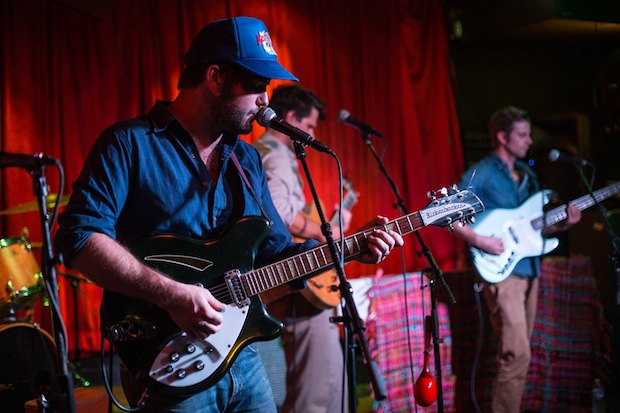 When the six-man band came out, the first thing I noticed was the Cadillac logo attached to one of the guitarist’s hollow body ax. The first thing I heard were the horns, which were perfectly blended into the music and never over bearing. I enjoyed the lead single off their new record by the same name “Right State of Mind,” and they kept nice, not too long, not too short jams going for almost each song. It was a bummer the sparse crowd never really filled in, but the few that were there seemed to really dig what they were putting down.

Before one song, the bass player switched to keyboards and it turned out he was possibly even better on the keys than he was on bass. There were some very heavy Dr. Dog vibes throughout, which is no coincidence because the new record was conceived in Philadelphia, with the help and guidance of Bill Moriarty (Dr. Dog, Man Man, The Sheepdogs).

They rocked through their set, thanking Nashville for it’s Southern “hospi-tal-la-tay” and broke into my favorite song of the night, which I think they called the “On Tour Song”. In this song, they started naming off places they’d been and people they’d met, a la Johnny Cash and his famous “I’ve Been Everywhere.” Their, possibly intentional, ode to the Man In Black was little brassier and little bit more rock, but just as entertaining.

Next up were local, via Oklahoma, heavy blues indie rockers Twiggs, who’d I heard about but had yet to see. From the start, their frontman was all Jack White bravado; fire and piss.

“We’d like to thank everyone who just left,” he said, as just under half the crowd dissipated. “Thank them, for getting the fuck out.” I liked him, and his beautiful white guitar with gold plated gear/trim immediately.

They had some Brian Jonestown Massacre vibes but were more blues than psych. He and his female bassist shared singing duties, with a weird, far less wholesome She And Him vibe. I had noticed her early lurking around the bar in her “Shithead 1” t-shirt, which I also immediately liked.

They played an original entitled “Mexico,” which I really vibed to, and a heavy cover of Moody Blues’ “Nights in White Satin” that rocked pretty fucking hard. It was obvious he was not pleased with the lackluster turn out, and feigned enthusiasm, but I was enjoying myself just the same. Another standout original was “Are you High?,” which I downloaded as soon as I got home. They are definitely a local band that should be on your radar, and hopefully in the future they can get some better turns outs.

All in all, even with the shitty crowd, it was a great night of music. I really enjoyed how different the three bands were, and look forward to seeing them around again. It’s just a shame EVERY show can’t be sold out and packed to capacity, but amazing music is all around you at all times, any day of the week, if you’re willing to look for it. Don’t let diamonds in the rough get away. Stayed glued to No Country and find them before anyone else can claim them as their own!