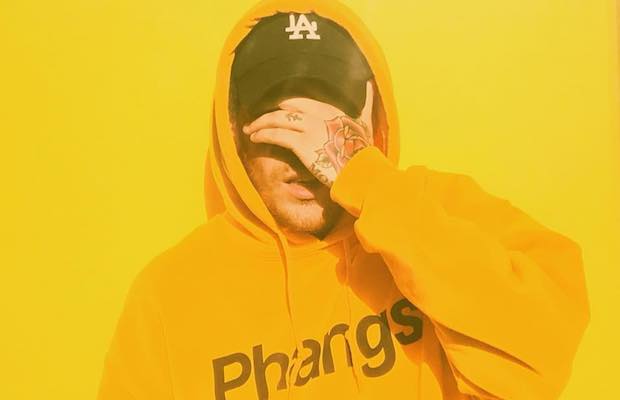 Debonair indie pop artist Phangs had a big 2017 with the release of debut EP, Get In My Arms, and now Jake Germany’s project is prepping for 2018 with the release of new single “Eyes Off You.” It’s a dreamy bop wrapped up in a sweater of synths that’ll keep your ears warm no matter how low the temperature outside drops. The track comes out during a 19 date house show tour that was booked in only 12 hours using Twitter. It’s easy to be the kind of fan that likes the latest Instagram post, but Phangs fans really go the extra mile in supporting the music. No Nashville concert is announced right now, but we’re told a special one is in the works.

Germany says “Eyes Off You” is about swooning over his badass fiancé. He says, “She’s just cool. Like cooler than me. She forgets her phone all the time and literally just can’t be bothered by petty stuff, and I think it’s one of the most attractive things about her.” The single comes out ahead of Phangs’ next EP, Happy Season, which is set for an early spring 2018 release on Nashville label Orange. The new EP is co-written and produced by Nashville based brother / sister writing team Truitt, who have their own pristine and excellent songs out now.

Listen to “Eyes Off You” by Phangs below!