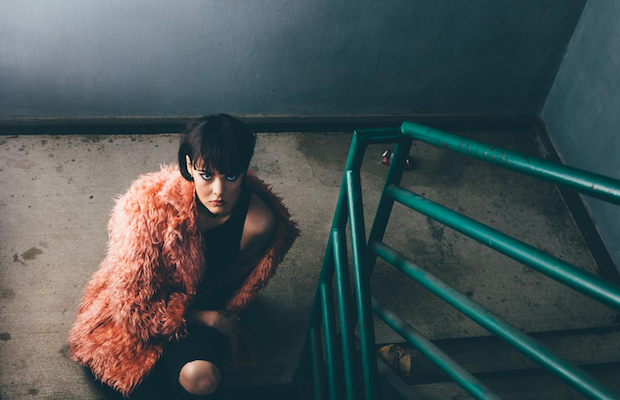 Love is a maze. When you meet someone new, it can lead quickly to a dead end. Or someone can take you along winding paths and down corridors you’ve never explored. Nashville pop artist 7Chariot explores this phenomenon in her debut single “Ricochet.”

Drawing influences from a murders’ row of pop acts like Grimes, Sylvan Esso and Lorde, 7Chariot serves at the artistic vehicle for 20 year old songwriter Claire Wilkinson. “Ricochet” sounds powerful, flexing its weight over the laser-focused vocal sample, workhorse bass lines and proud trumpets. Lyrically, the themes are more vulnerable and chaotic. Wilkinson says, “‘Ricochet’ is a song about the defence mechanism your brain builds when you think the relationship you’re in is too good to be true.” As a whole, the production makes for an urgent soundtrack to the mental structures being erected around the narrator’s mind.

Though “Ricochet” is Wilkinson’s debut as 7Chariot, the songwriter has already released a body of well-received work. Previous project Clairity racked up millions of streams, and Wilkinson co-wrote Kesha Rainbow cut “Godzilla” with prolific songsmith Pebe Sebert. Sebert, who has writing credits on Dolly Parton, Pitbull, Miley Cyrus and Merle Haggard tracks, plays a big part in where Wilkinson’s at today. Wilkinson says, “I taught myself how to play piano from YouTube tutorials in the 7th grade, and everything sort of grew from there. Shortly after I began writing, I met Pebe Sebert. Kesha’s mom, who took me under her wing, and taught me pretty much everything I know about songwriting.”

Listen to 7Chariot’s “Ricochet” below.