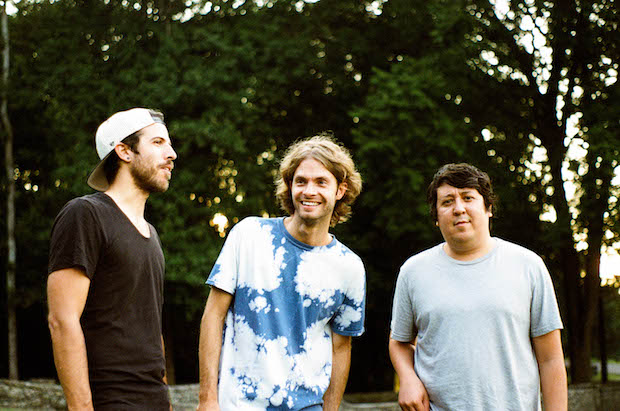 One look back at a 2012 Road to Bonnaroo lineup reveals how members of now-defunct projects have moved on to keep growing, experimenting and releasing exciting music under new banners. With jangly, feel-good rock project Ravello in the rearview mirror, vocalist Justin DeRosa set out to push the boundaries of his repertoire with two longtime friends: drummer/producer Thomas Doeve and guitarist Chase Gregory. Friends since 2005, the trio went through big life changes and a few other bands’ lifespans to form Jagular in 2017. Debut single “Move” is premiering exclusively here at No Country, so listen and learn more below.

Jagular’s “Move” features spacey synth layers, slick falsetto vocals and a groove that makes everything feel like it’s going to be just fine. DeRosa says, “It’s a song about getting over the petty stuff, making amends and hopefully moving on to the things you enjoy about your lover. It’s also intended to make you dance.” Influenced by Caribou, Pink Floyd, and James Blake, the band use vocals as an instrument rather than an overpowering focus. That approach led DeRosa to turn his focus to learning other instruments and production techniques. “I had never played bass, keys, a lead guitar part, or a percussive instrument on a recording till now,” DeRosa explains. “Never attempted to mix or engineer anything that would be released. The transition challenged us, and we are still rising to the occasion.”

Full-length album Tut Tut is set for an Oct. 20 release, along with the possibility of some live dates this fall. For now, listen to “Move” below and keep an eye out for more new music from Jagular.

Courtney Barnett & Kurt Vile Premiere Debut Single "Over Everything" | Catch Them Nov. 9 at The Ryman